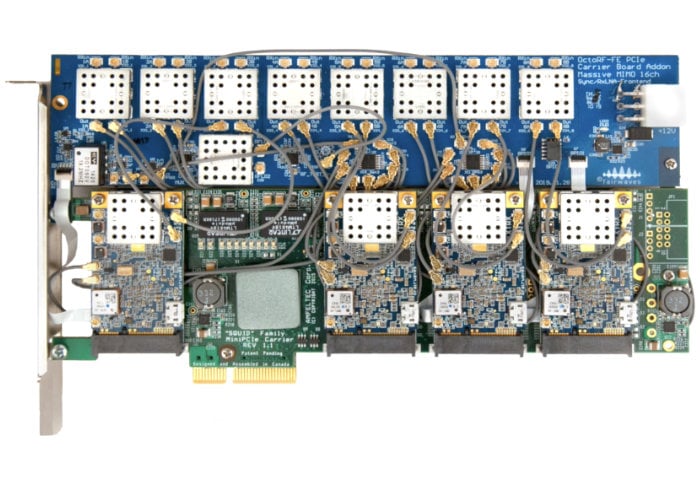 Developers, makers and enthusiasts working on a MIMO system may be interested in a new piece of hardware launched by the Crowd Supply website last month called the XYNC. The new XYNC board builds on the success of the Octopack SDR we offered during the XTRX campaign and takes into account feedback from the original Octopack users. Watch the video below to learn more about the new board its features and specifications.

“You can connect two XYNC boards, either to increase the number of RX/TX channels (e.g., two XYNC Octos give you 32 TX and 32 RX channels) or to increase throughput per channel (e.g., two XYNC Quadros give you twice the throughput of a single XYNC Octo). Connecting more than two XYNC boards is also possible, but requires an external clock and 1 pps signal distribution circuitry, neither of which is provided as part of this campaign.” 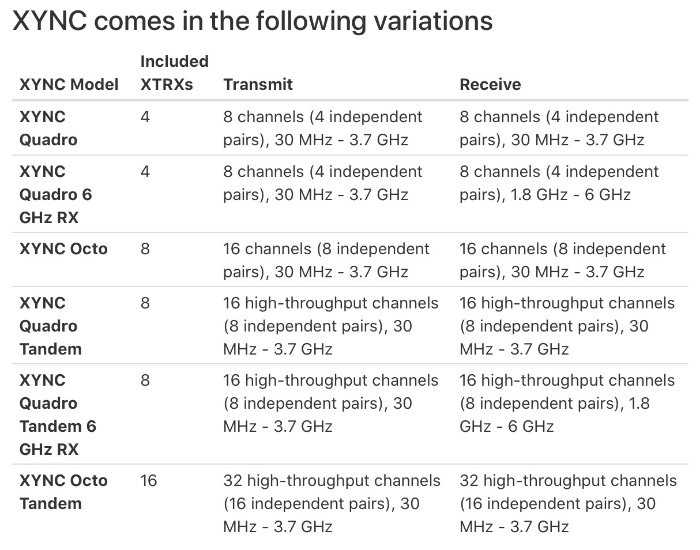 On the digital side, each XTRX unit is connected to a PCIe switch that multiplexes the XTRX PCIe lanes into a single PCIe 2.0 x4 connector. This makes it very compact and easy to install into a standard PC. Just don’t forget to provide enough air flow for cooling, as setups like this can get quite hot.” 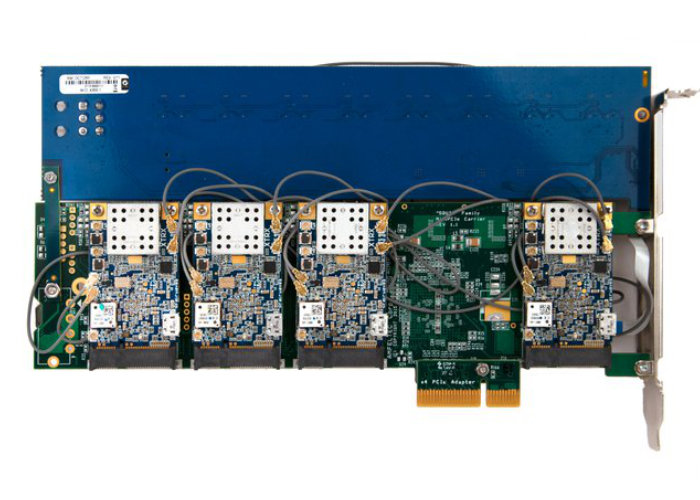 Specifications and features of the XYNC :