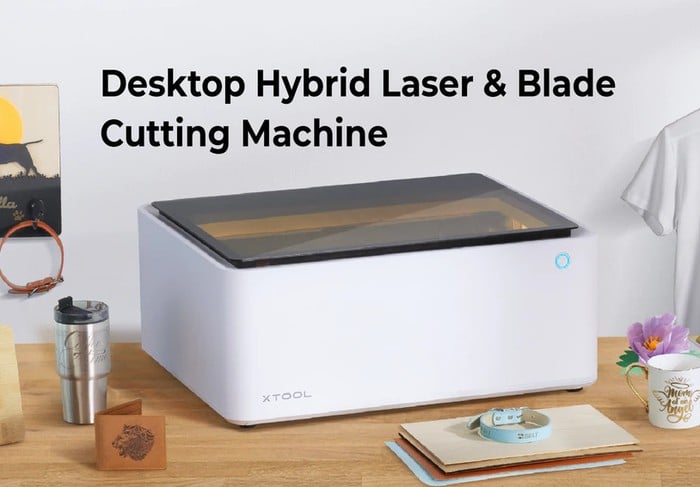 Makers and hobbyists looking for help in creating custom laser cut transfers, cutouts and designs may be interested in the xTool M1 desktop laser cutter and blade cutting machine currently available on Kickstarter. The campaign has already raised over $650,000 thanks to over 700 backers with still 44 days remaining. The hybrid laser cutter, engraver and blade cutter offers “ultrafine” precision, are easy-to-use yet offer a powerful cutting capability setting it apart from other similar sized cutting machines. 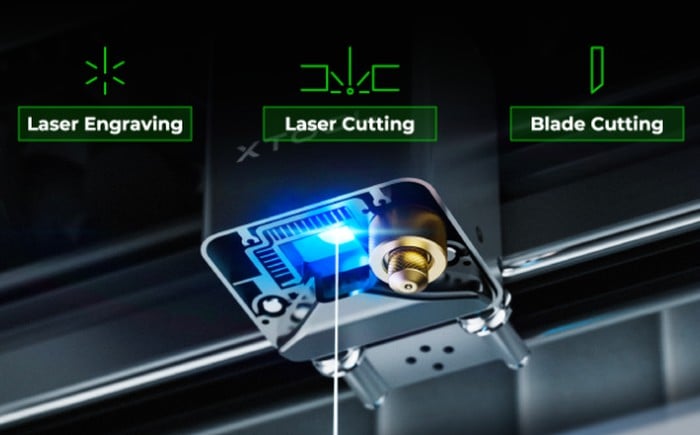 Backer early bird pledges are now available for the unique project from roughly $699 or £508 (depending on current exchange rates), offering a considerable discount of approximately 46% off the recommended retail price, while the Kickstarter crowd funding is under way.

“Our goal was to create a powerful tool for everyone. The biggest challenge was to achieve adequately strong laser cutting and engraving power at an affordable price. The CO2 laser cutters currently available on the market are powerful enough, but they easily cost up to several thousand dollars. This is because the laser tube requires special power and an additional water cooling system, making them bulky, complex, and expensive.” 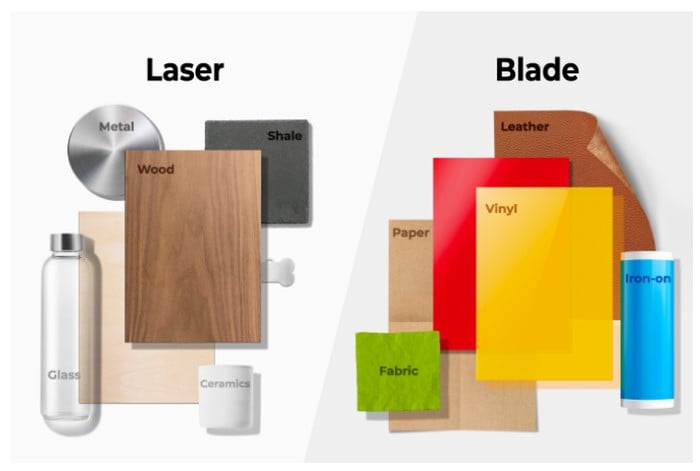 With the assumption that the xTool M1 crowd funding campaign successfully raises its required pledge goal and the project progresses smoothly, worldwide shipping is expected to take place sometime around March 2022. To learn more about the xTool M1 desktop laser cutter project review the promotional video below.

“To save money and create value for users, we chose a diode laser instead and utilized a FAC lens to make the laser spot smaller, from 0.15×0.18mm to 0.08×0.08mm. With this Compressed Spot Technology, the same power focused on a small point achieves a higher cutting ability and narrow cutting edge, making it possible for a 5W laser module to cut through 4mm basswood in a single pass.

Beyond all that, the Compressed Spot Technology increases the engraving precision to an ultra-fine 0.01mm. But we didn’t stop there. In order to achieve a higher laser cutting ability for our 10W version, we put two diode lasers into one module, directing two laser beams into one spot (which upgrades the laser power from 5W to 10W), thus we created a laser that can cut through 8mm basswood in a single pass.” 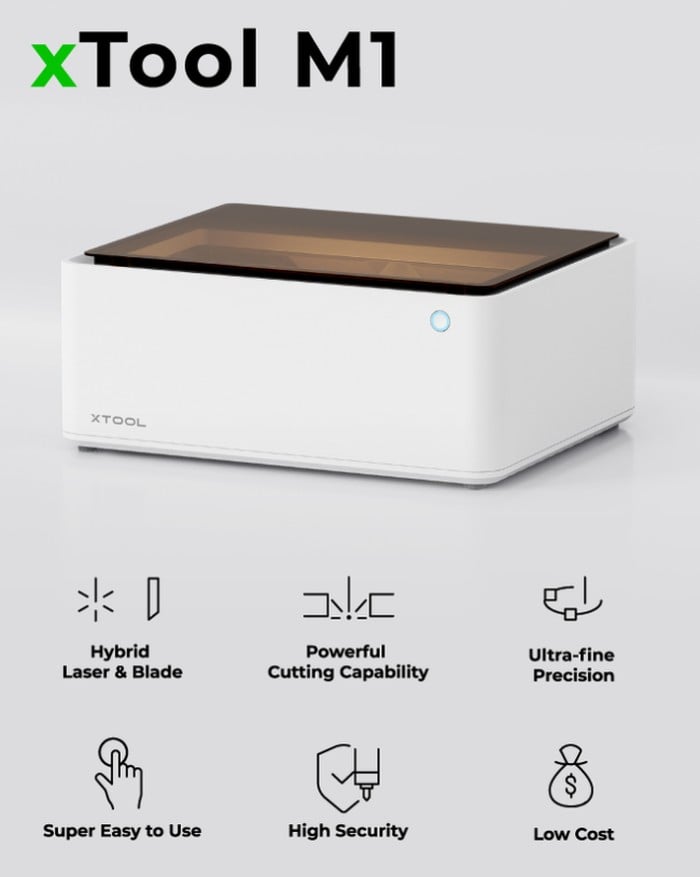 “xTool M1 intelligently captures images, designs, and drawings from any surface and then imports them into xTool’s graphic design software for further creative design. Equipped with specialized software, xTool M1 allows you to work seamlessly on Windows / macOS / Android / iOS devices. With the new xTool Laserbox App, you can control M1 with your smartphone even without an internet connection.”

For a complete list of all available early bird pledges, stretch goals, extra media and detailed specs for the desktop laser cutter, jump over to the official xTool M1 crowd funding campaign page by following the link below.