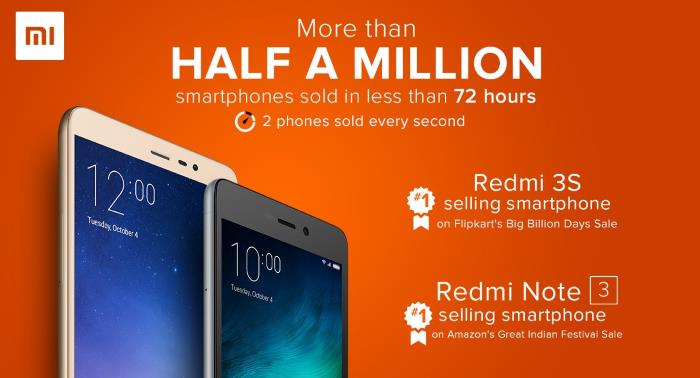 Xiaomi India mentioned on Twitter that the company sold a whopping 500,000 Redmi smartphones during the festive sales going all over India on different e-commerce networks.

“Half a million devices sold in 72 hours! Thank you Mi fans for your support, we will continuously work harder to serve you better!”

“More than six months of rigorous planning and hard work has helped us set a new benchmark in the industry,” said Manu Jain, Xiaomi’s India head. “Last year we sold more than half a million phones in 30 days during the month of October, and this year we were able to achieve a similar number within three days. Based on what we know, no other brand has ever achieved this in India.”

These are some great numbers which means that the company sold two smartphones every second which is a great milestone for the company.