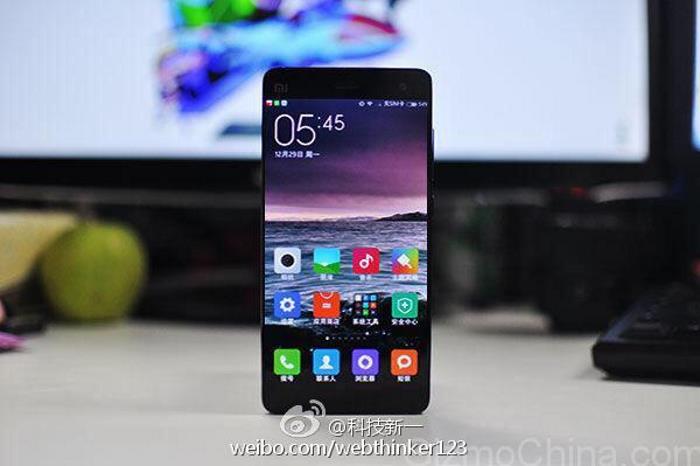 Xiaomi has already confirmed it will launch a new flagship device next month, possibly at the Consumers Electronics Show 2015. The company didn’t reveal details about the device, but speculations suggest its going to be the Xiaomi Mi5.

Recently, an image of the alleged Xiaomi Mi5 popped up from Chinese shores, showing us a device in black color which could possibly be the next flagship device from the Chinese manufacturers.

You can see the MIUI clearly on the device, and it follows several design cues from the current Xiaomi device. Surprisingly, this looks a little bigger than the current Xiaomi Mi4, but it could be the real deal. In case you cant recall, an analyst hinted earlier this month that Xiaomi will launch a new flagship device at CES 2015.

The analysts also guessed some of the specifications, including a bigger 5.7-inch display sporting a resolution of 2560 by 1440 pixels, a quad-core Snapdragon 810 processor (although its a little unlikely, Snapdragon 805 could be the real possibility), and a 20.7MP camera for photos and videos.

CES 2015 is just around the corner so we’ll find out if this image is the real deal or not. Until then, take it with a pinch of salt. We’ll update you as soon as Xiaomi unveils its next flagship device.