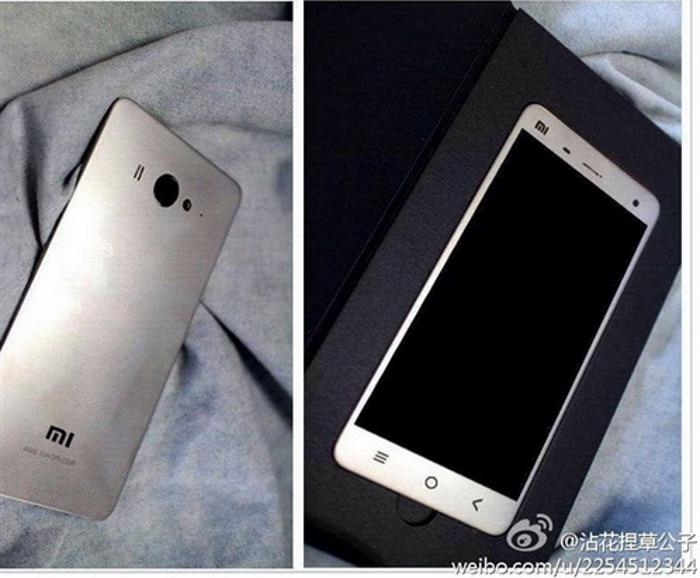 Xiaomi, also known as the Apple of China, is rumored to be working on its new flagship device dubbed as the Xiaomi Mi4. The handset is set to launch on July 22nd, as per the teaser posted by one of the company’s executive.

Recently, some images of the alleged Xiaomi Mi4 made its way on the internet, giving us a glimpse of how the device will look like. There’s no word if its metal or plastic, but we may be looking at a plastic with a metal finish to it, according to those who have handled the device.

The source of the images doesn’t mention anything about the design of the handset — whether its metal or plastic — nor it gives any details about what it could bring.

Rumors suggest that Xiaomi Mi4 will rock a 5-inch display sporting a resolution of 2560 x 1440 pixels, and should come with a quad-core Snapdragon 801 chipset with 3GB of RAM and 16GB of storage with a microSD card slot. It’s also expected to feature a 13MP camera for photos and videos, as well as a 5MP front-facing camera. O

Other rumored features include a 3,000 mAh battery, and should come with Xiaomi’s own skin on top of Android. The handset is expected to launch on July 22nd, we’ll update you as soon as the company announces it.