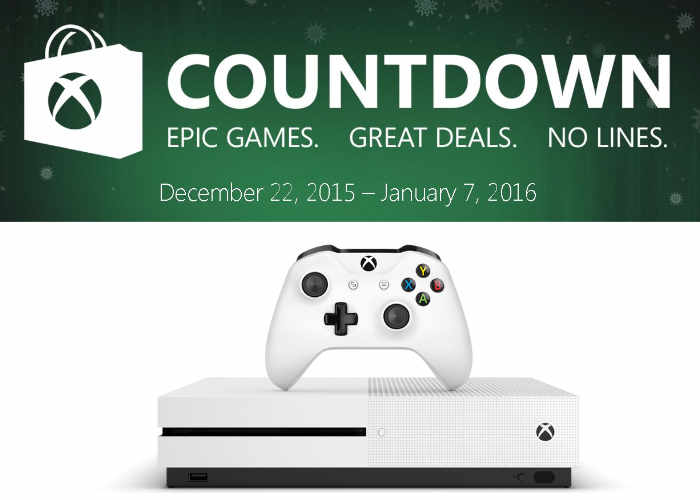 Microsoft has now started its Xbox Store’s Countdown sale which will see is through until 2017. Offering 19 days of Xbox Deals 100s of games, TV shows, movies and applications.

Check out the official Xbox Store Countdown promo video below to learn more about what you can expect in the way of bargains over the next 19 days from Microsoft.

The first week of deals will be available from December 22 to 28. The Countdown sale will also feature Daily Deals for Xbox One and will run from December 22 to 31, counting down to the New Year. I will include the Daily Deals here and tweet them on Twitter when they are available (you can follow me on Twitter here). We’ll ring in the New Year with more offers beginning December 29 to January 9. Xbox Live Gold members will save up to an additional 10 percent on top of the game discounts, so now is a great time to go Gold and enjoy the benefits.

** You must log into your Xbox Live account in order to see the sale prices in your local currency and region.

For a full list of all the games that will be available in the countdown sale with discounts offering up to 75% off jump over to the Major Nelson website via the link below.