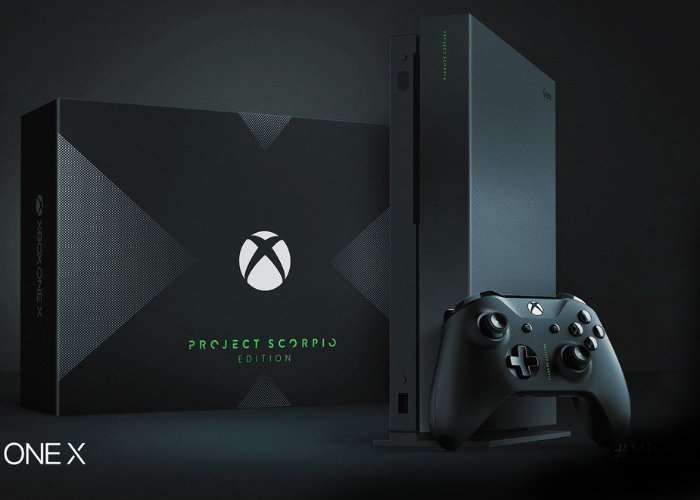 Gamers patiently waiting for the arrival of the new Xbox One X Project Scorpio Edition, will be pleased to know that Microsoft has today announced the ability to preorder Microsoft’s most powerful console to date priced at $499.

With a slightly different design to that of the normal Xbox One X console the Project Scorpio Edition features a the words “Project Scorpio” printed on the console and the controller. Together with a graphic pattern across the exterior with packaging is inspired by the original Xbox and exclusive vertical stand. Check out the videos below to learn more about what you can expect from the Scorpio Edition.

Xbox One X unleashes 6 teraflops of graphical processing power, making games play better than they ever have. Maximize game performance with the speed of 12GB GDDR5 graphics memory and see every frame with 326 GB/sec memory bandwidth.

Find friends, rivals, and teammates in the best global gaming community.5 Dedicated Xbox Live servers maximize performance by ensuring stability, speed, and reliability. Compete, connect, and share across platforms with gamers on Xbox One and Windows 10.6.

For full Xbox One X Project Scorpio Edition specifications jump over to the official Microsoft website via the link below.