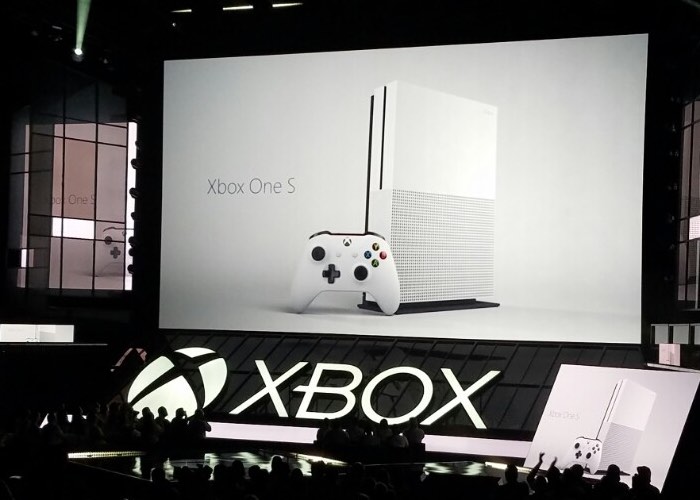 Anyone interested in learning more about the design of the new slimmer Xbox One S console that was unveiled by Microsoft during this week’s E3 2016 games conference. Are sure to enjoy this first closer look at the console and its new design features which make it 40 percent smaller than the current (black) Xbox One.

The Xbox One S is now also white rather than black and comes complete with a new controller which is equipped with Bluetooth technology provide a wide range, and has been slightly refined and upgraded to provide a few extra features when compared with the old Xbox One console.

Another great feature that Microsoft has included with the new Xbox One S or rather taken away from the Xbox console, is the removal of the huge external power brick that has accompanied Xbox systems for many years. All that is required now to power the Xbox One S is a single power cable. Check out the video below to learn more.

The Xbox One S will be available to purchase for $299 with 500GB from August 2016 onwards and is now available to pre-order both from Microsoft and online retailers such as Amazon.

Biggest Lineup Comes To Xbox One And Windows 10 :