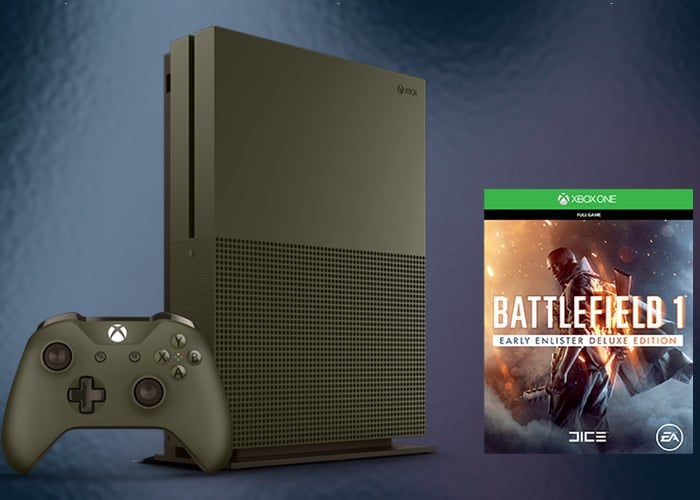 Microsoft has this week unveiled a new Xbox One S Battlefield 1 Special Edition Bundle to commemorate the launch of the latest game in the Battlefield series and offering 1 TB of storage for games and media.

The Xbox One S Battlefield 1 edition console is finished in a military green and as you might guess comes with a copy of the game ready for you to play once it officially launches on October 18th, 2016.
Check out the teaser trailer below which has been created to promote the new Xbox One S Battlefield 1 Special Edition Bundle provide you with a little more information about what you can expect from the game.

Similar to previous entries in the series, Battlefield 1 is a first-person shooter that emphasizes teamwork. The game is set in the period of World War I, and is inspired by historic events. Players can make use of World War I weapons, including bolt-action rifles, automatic and semi-automatic rifles, artillery, flamethrowers, and mustard gas to combat opponents.

Pre-order the (1TB), featuring a military green console with matching stand and controller, one month of EA Access, and a full game download of Battlefield 1 Early Enlister Deluxe Edition, which allows you to start playing on October 18th 2016.