Mad Catz has today unveiled on of the first third party peripherals that will be available for Xbox One owners to enjoy with new next generation Xbox One on games such as Forza Motorsport 5. 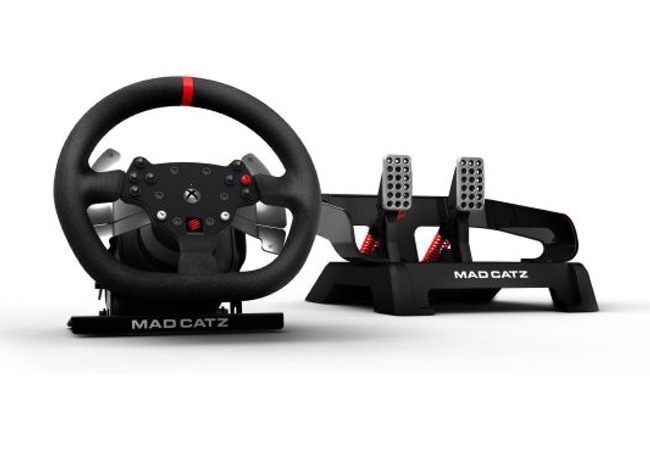 The Xbox One Mad Catz Force Feedback Racing Wheel also features a CNC anodised aluminium wheel face that can be removed and replaced or upgraded in the future. Darren Richardson, the President and Chief Executive Officer of Mad Catz Interactive, Inc. explained in todays press release.

“As we approach the Holiday season, excitement continues to mount for Xbox One and we’re pleased to announce our second premium product for the console”-“We have previously commented on how the enhanced performance of Xbox One opens up additional scope for innovation and believe that the precision engineering and customization of the Force Feedback Racing Wheel will appeal to the passionate racing gamer.”