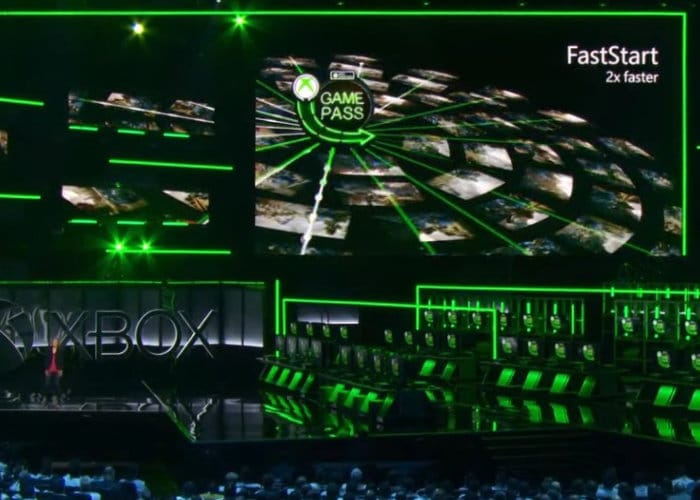 Even though the new Xbox One FastStart technology was only showcased last week at this year’s E3 2018 games conference. Microsoft has already made it available via the Xbox Preview Beta enabling those interested to give the new artificial intelligent FastStart feature a whirl.

Microsoft has started to roll out FastStart to Xbox One Preview members, as well as Delta Ring members. “Fast Start – Xbox One Insiders we have added the Fast Start technology in the build and we would love your help testing the install performance of the following games:”

Members of the Xbox One Preview Alpha and Alpha Skip Ahead Ring will begin receiving the latest Xbox One system update (1806.180612-1920). Expect more games to be added in the near future. Allowing the AI to help games load faster ready for action when required. As soon as more information comes available we will keep you up to speed as always. Other fixes in this update include :

– My Games and Apps : Fixed an issue for Games that are being updated that use the Fast Start feature. Users will no longer have the game uninstalled if they cancel a game update. Fixed an issue with the installation and launching of the CW app. The app now launches correctly.
– Localization : Various localization fixes across the console.
– Party Chat : Performance improvements to the stability and reliability of Party Chat.
– System Performance : Misc. performance fixes in the platform.
– YouTube : The issue with some users are encountering an issue where their YouTube account is being signed out whenever they launch the app is resolved.