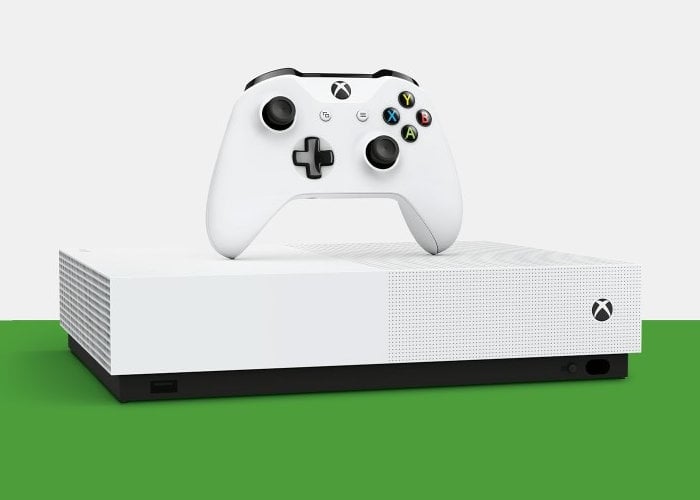 “Go all digital with the Xbox One S All-Digital Edition and build a library of digital games that travels with you and is available in the cloud. Take your cloud saves on the go, and enjoy the ability to preorder and pre-install upcoming games so you’re ready to play the moment they launch. Expand your options with Xbox Game Pass, discovering and downloading over 100 great games. (subscription sold separately)”

Features of the new Xbox Digital Edition without an optical drive include :

– Your games, saves, and backups are safe in the cloud
– Your content travels with you, so you can play your games on any Xbox One
– Pre-install new digital games so you can play the moment they launch
– Does not play physical discs