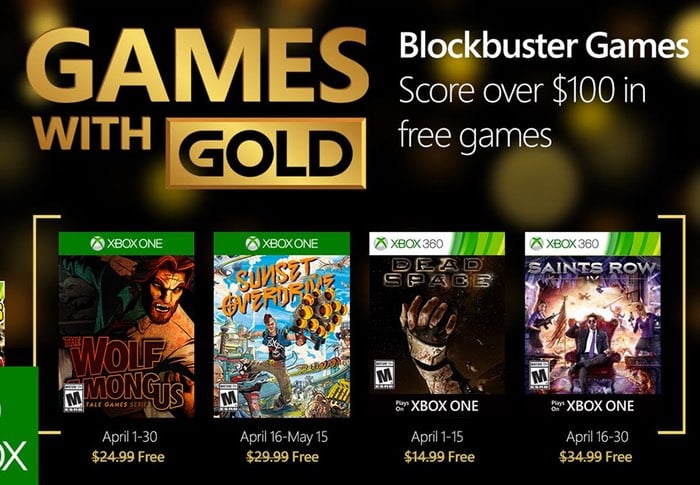 Major Nelson has today announced the Xbox Live Gold Games for April 2016 you can expect to enjoy on the Xbox platform revealing the dates that they will be available to download and play for free next month.

As usual all games are available for a limited time and a part of the ongoing Games with Gold programme for members who have signed up for the Microsoft Xbox Gold subscription.

To start things off, it’s the critically acclaimed episodic adventure The Wolf Among Us from the storytelling masters at Telltale Games – followed by the award-winning Xbox One exclusive Sunset Overdrive, from acclaimed developer Insomniac Games. On the Xbox 360, Xbox Live Gold members start the month with one of the most beloved horror-action titles of all time with EA’s Dead Space, and then roll into the open-world extravaganza Saints Row IV.

For more information on the new Xbox Live Gold Games for April 2016 jump over to the Major Nelson website for details via the link below.