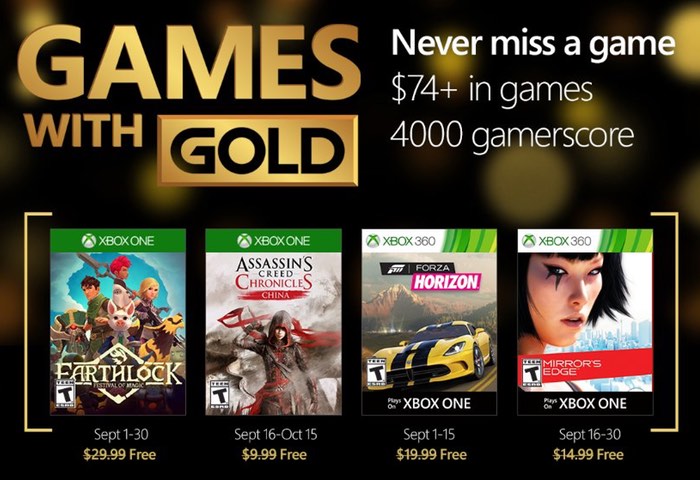 Microsoft has this week announced the games it will be making available to Xbox Live Gold members during September 2016, on both the Xbox One and Xbox 360 consoles as part of the ongoing Games with Gold program.

Next month Xbox One gamers can look forward to enjoying Earthlock Festival of Magic which has a recommended retail price of $29.99, for free. Check out the promotional video created by Microsoft below to learn more about this next months games.

Assassin’s Creed Chronicles: China which will also be available as a free download from September 16th to October 15th on Xbox One consoles.

For Xbox 360 gamers Microsoft will make available both Forza Horizon for free from September 1st for free until September 15th after which will be followed by Mirror’s Edge through to September 30th. Microsoft explains that – “Titles are available as free downloads for qualifying Xbox Live Gold members in all markets where Xbox Live is available. Some regions may offer different titles depending on market availability.”

For more information on the new games available via the Xbox Live Gold service for September 2016, jump over to the Xbox Wire website for details via the link below.