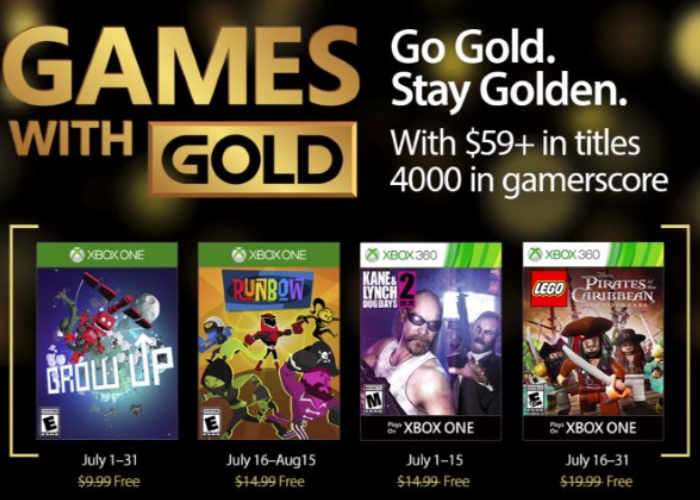 Major Nelson has today announced the games which will be made available next month for Xbox Live members via the Xbox Live Games With Gold promotion during July 2017.

Check out the official video below to learn more about what you can expect from the Xbox 360 and Xbox One titles which also support backward compatibility and offer savings of over $59+ and have a combined game score of over 4000, says Microsoft.

On Xbox One, Xbox Live Gold members can download Grow Up ($9.99 ERP) for free during the month of July. Runbow ($14.99 ERP) will be available as a free download from July 16th to August 15th.