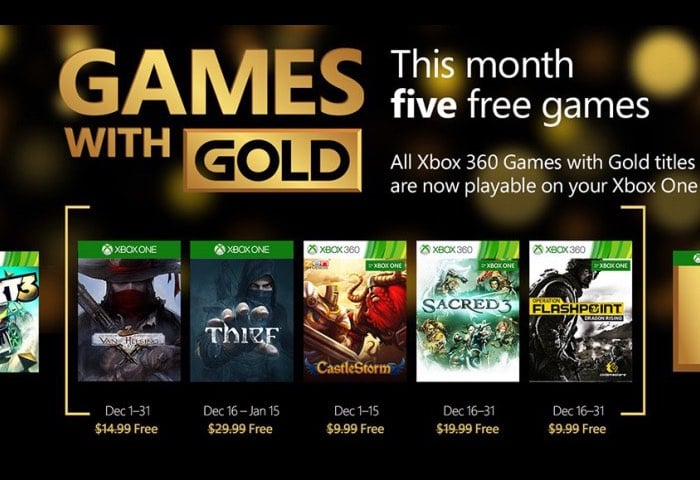 Microsoft has this week announced details of the new Xbox Live Games that Gold subscribers can expect to enjoy next month during December 2015 as part of the Xbox Games with Gold program.

During next month Xbox One gamers that are also Xbox Live Gold members can download a variety of games across different genres that include : The Incredible Adventures of Van Helsing which is normally priced at $14.99 for free.

Followed by the download of Sacred 3 normally priced at $19.99 for free from December 16th to 31st, together with an extra gift for the holidays in the form of Operation Flashpoint: Dragon Rising for free from December 16th-31st. For more information jump over to the official Xbox Wire website for full details on each of the games that will be made available next month.