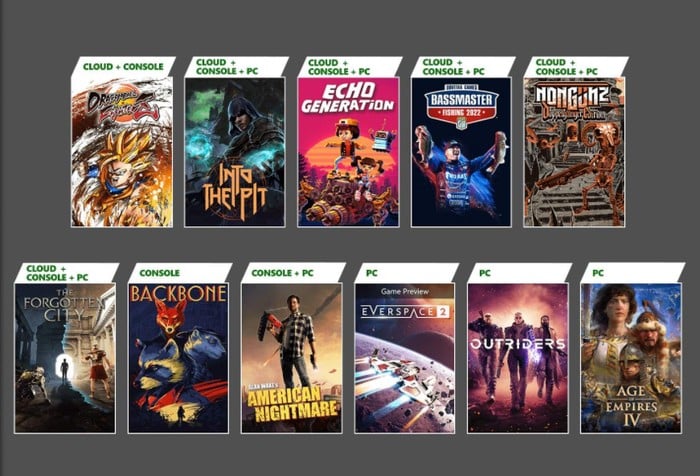 Microsoft has this week announced the new games that are on their way to the Xbox Game Pass subscription service as well as those already available this month via Game Pass. “Seeking an epic fighting game experience? Want to explore space from your couch? Looking for a real-time-strategy game with deep roots in the history of PC gaming coming day one with Game Pass for PC? We’ve got you covered on all the above and much more.”

Games already available include Into the Pit which is available on Cloud, Console, and PC together with the Outriders PC game developed by People Can Fly, veterans of the shooter genre, Outriders presents a journey of survival across a savage planet, which can be tackled in both single player and 1-3 player co-operative gameplay.

Dragon Ball FighterZ (Cloud and Console) – October 21st
Unleash the ultimate power from within in Dragon Ball FighterZ! Experience epic fights, destructible stages, and famous events ripped from the Dragon Ball anime. Create your team from a huge cast of your favorite characters and battle it out in epic 3v3 fights! This is the fighting extravaganza born from what makes the series so loved and famous.