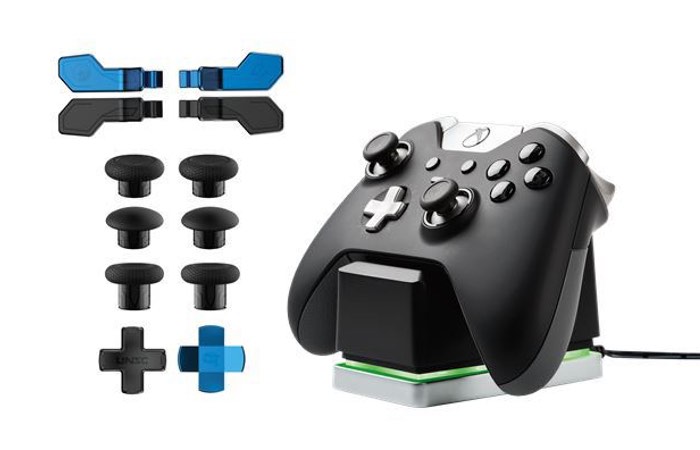 Major Nelson has this week been reminding Xbox One users that the new Xbox Elite Wireless Controller will start shipping next week and be available to purchase price to $150.

If you haven’t already pre-ordered your new controller, pre-orders are still open before the launch date which takes place in the US on October 27th, 2015.

Since we announced the Xbox Elite Wireless Controller at E3 2015 last June, we’ve gotten a ton of overwhelmingly positive feedback from fans. In fact, there’s so much buzz and demand around the upcoming controller, that we’re expecting the availability to be pretty tight this holiday season. It hits shelves in the U.S. on 27 October, and eager Xbox fans have pre-ordered almost our entire initial shipment!

Don’t worry though: we’re making more as quickly as we can, and our goal is to get these controllers into your hands in time for you to enjoy the greatest games lineup in Xbox history this holiday season.

The best way for you to ensure that you’ll get the Xbox Elite Wireless Controller soon is to pre-order yours from your favorite gaming retailer. If you’re in the market for an Xbox One, be sure to check out the Xbox One Elite Bundle, which includes the Xbox Elite Wireless Controller, but also a spacious 1TB solid state hybrid drive (SSHD), giving you tons of storage for your games.

In addition to being able to custom map buttons for your games, the Xbox Elite Wireless Controller will also ship with a number of preloaded Elite Mappings for some of our biggest games, including Halo 5: Guardians, Forza Motorsport 6 and Gears of War: Ultimate Edition. All of these were tested and recommended by the studios responsible for those blockbuster games, so you can be sure you’ll be getting the best from the best. What’s more, there will be other Elite Mappings coming for other blockbuster titles such as Call of Duty: Black Ops III and Star Wars Battlefront.

For more information on the new Xbox Elite Wireless Controller jump over to the Xbox Store website for details via the link below.