One of the major problems facing robots is the ability to self right themselves if they happen to stumble while exploring an environment. However the University of Pennsylvania’s Kod*lab has now created a simple yet innovative solution which upgrades the X-RHex Lite and allows it to self righting itself when it gets into trouble. 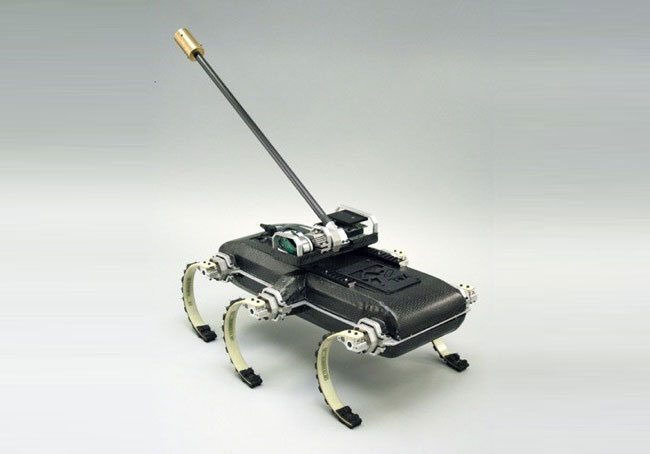 The solution consists of an extra appendage in the form of a tail structure to the X-RHex Lite robot, that allows it to keep its balance while falling and jumping and also help it right itself when needed.

The video below shows a 4 wheeled robot 160g Tailbot and the 8.1kg XRL a RHex hexapedal robot being demonstrated with the new tail appendage, to perform aerial self righting behaviours.

The project was presented at CLAWAR 2012, and the full paper can be read here.