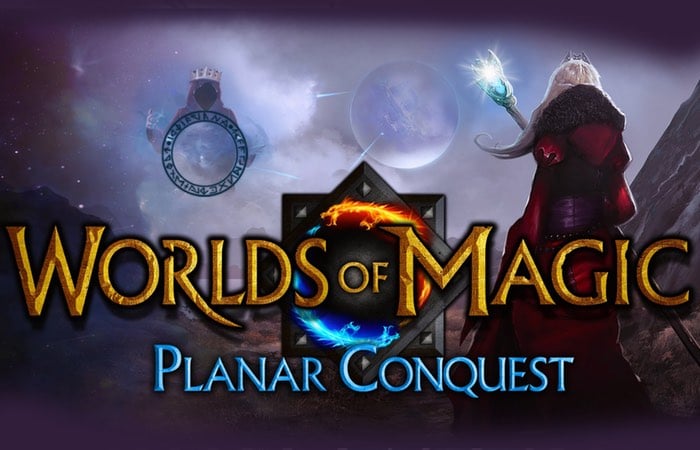 A new official trailer has been released for the launch of the new Worlds of Magic Planar Conquest strategy game that Is now available to play on the PlayStation 4.

The Worlds of Magic game takes the form of a 4x turn-based strategy game, but allows players to explore and conquer an almost limitless number of universes that are procedurally generated.

Use your military and magical power to battle your foes and claim land to build cities, armies and research new spells to cast. As well as hire powerful heroes, and create powerful magical artifacts.

Customize your own Sorcerer Lord to rule the empire or choose a pre-generated character. Select from 13 spell circles that will determine which of the over 400 spells your lord can learn. Choose from over 40 disciplines that give your lord specific advantages or disadvantages. Pick one of 8 races to be the first in your empire.

Use diplomacy to get an edge over your enemies. Hire heroes and equip them with magical weapons and armor, recruit unique and powerful Titans and make them to follow your orders. Gain experience and make units more powerful as they achieve victory after victory. Use tactical, strategic, and global spells to destroy your enemies.