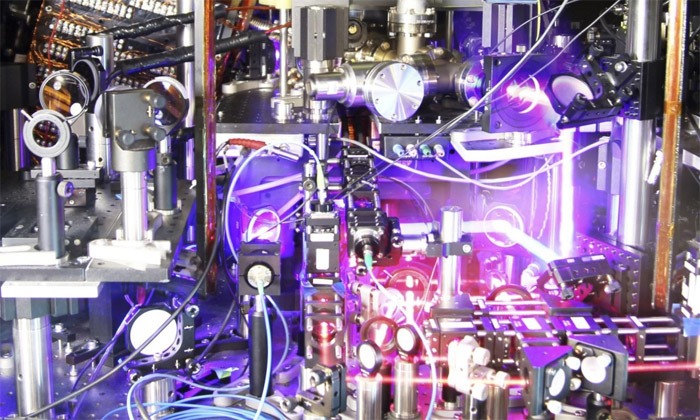 The incredibly complex looking device that you see in the image above is the world’s most accurate clock. The clock just took that record from another atomic clock by being accurate enough to not lose or gain a second in 15 billion years. To put that in perspective, some scientist believes that the universe itself is only 15 billion years old.

The optical lattice clock uses strontium atoms and is three times more accurate than the previous record holder. The developers of the clock hope that it might one day replace the current gold standard in time keeping, the caesium fountain clock that is used currently to set Coordinated Universal Time (UTC). UTC is the official world time.

Precise time keeping is required for things like satellite navigation systems, mobile phones, and digital TV. Not to mention that military maneuvers have to be highly synchronized on a global scale. Since 1967, the second has been determined by the vibration frequency of a caesium 133 atom and that clock is able to keep time to within one second every 100 million years. The new clock is so accurate it can detect differences in the passage of time at different altitudes, something Einstein predicted decades ago.