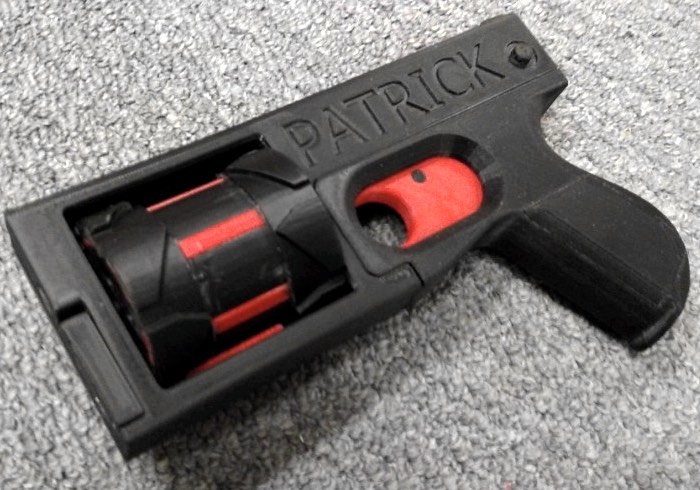 A new 3D printed gun has been created by Mechanical engineering student James Patrick which takes the form of the world’s first fully 3D printed revolver.

A new YouTube video has been published showing the fully functional PM522 Washbear .22LR revolver inaction after being completely 3D printed. Check it out in the video below.

The 3D printed revolve again has been designed to hold either six or eight shots, with the six shot being printed in nylon while the eight shot is printed using ABS filament with steel chamber liners for extra strength. The 3D Print website explains more :

While Patrick has been working on his 3D printed revolver for months, it was just this week that he uploaded the stl files for sharing. Considering that the PM522 Washbear 3D printed revolver is far more advanced and usable than the Liberator ever was it remains to be seen if or when the government will notice.

If you remember, the Liberator was ordered removed from the internet because the Government claimed that it violated the Arms Export Control Act, something that Wilson is currently fighting in court. How the government handles this should be interesting, and regardless of how they get involved it is certain to have ramifications for Wilson’s legal battle.

Files for the revolver can be found overall Patrick’s website via the links below, but we surely won’t be long before the authorities step in and start restricting their availability.