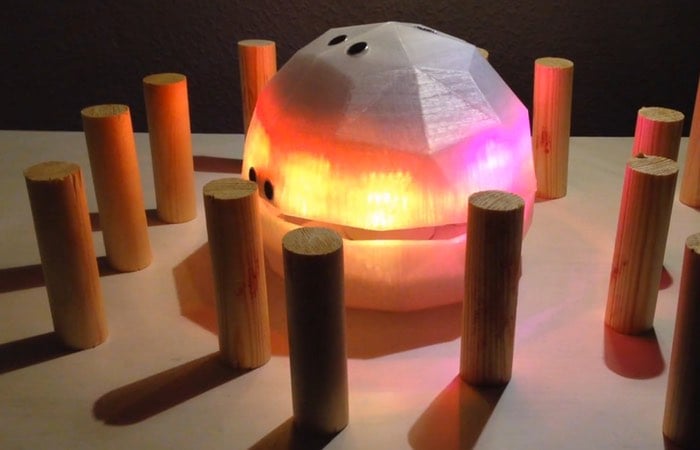 Johan Gelinder has this week published details of a new interactive Raspberry Pi powered game he has created called Wobble, which takes the form of a musical toy that “plays its environment”.

Check out the video below to learn more about this Pi musical toy that has been built using a Raspberry Pi 2 model B mini PC together with a couple of ultrasonic sensors that have been used to detect distances.

Wobble was created as part of a Final Project for a 2nd year Creative Project, its creator explains more about its inspiration and design :

Wobble is a interactive music toy that plays its environment. The shell is all 3D printed and the sound is being generated in C++ which is running on a Raspberry Pi 2 inside the device. There are 2 ultrasonic sensors that detect distances from objects around it. One sensor is playing the melody and the sensor on the top is creating a frequency modulator which modulate the frequencies created by the first sensor. The last sensor is a light sensor on the top which takes readings of the light in the environment and depending on the light in the room, the sound will change.