Not just nerds really, but a whole panel of knowledgeable types like Neil deGrasse Tyson, Laurence Kross, and Bill Nye. Oh yeah, and Pamela Gay too. They all got together to discuss in vast detail the past and future state of mankind’s forays into space as well as ongoing conundrums regarding space-based phenomena. So if you have a pressing query that has so far remained unanswered, might as well watch the video after the jump. When we say these guys cover everything, we mean it. 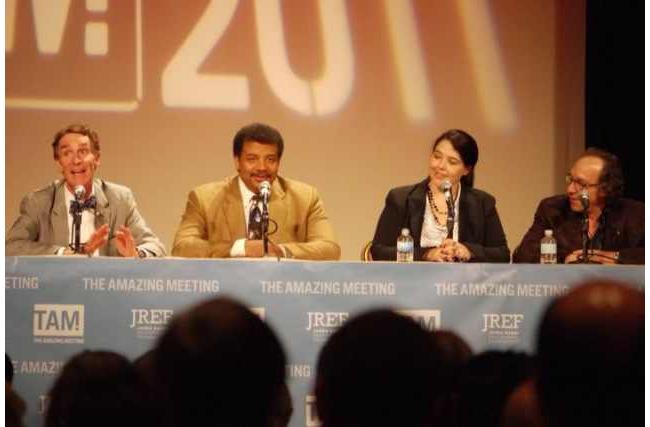 This is a really epic panel discussion that transpired in Las Vegas recently, clocking in at way past a few minutes. In fact, it stretches a whole hour. Can’t say these people came unprepared.

It’s already going viral, so rather than waste words hyping its juicyness, here’s a teaser from the moderator at the panel. he actually got to blog about it after:

It’s an hour long, but I think you’ll find it absolutely worth your time to watch all the way through. A lot of people came up to me afterwards and said it was the best panel at the meeting, and one of the best we’ve ever had at TAM! As a participant, modesty forbids me from saying more, but then, who am I to disagree?