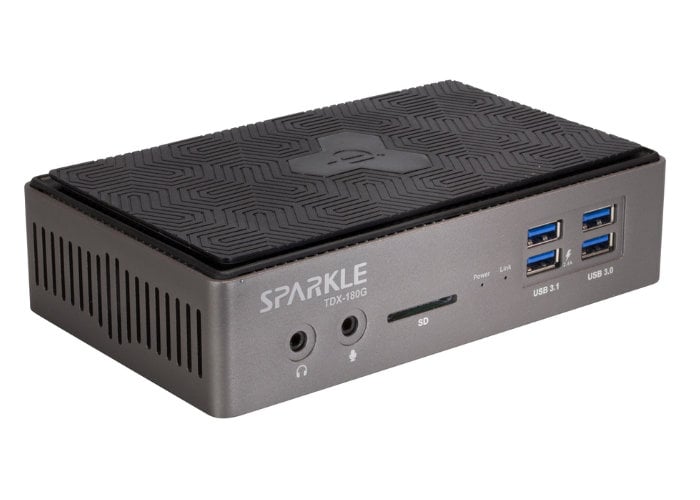 A new small desktop Thunderbolt 3 docking station has been launched via Kickstarter this week in the form of the TDX-180G, combining a wireless Qi charger, Thunderbolt 3 dock and M.2 solid state drive (SSD) in one small compact device. Early bird pledges are available from $299 or roughly £238 offering a 25% discount off the recommended retail price during the Kickstarter campaign. If all goes to plan worldwide shipping is expected to take place during October 2020. 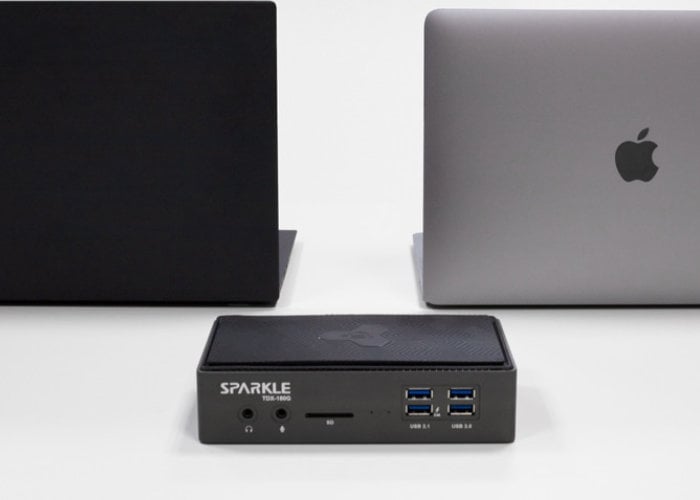 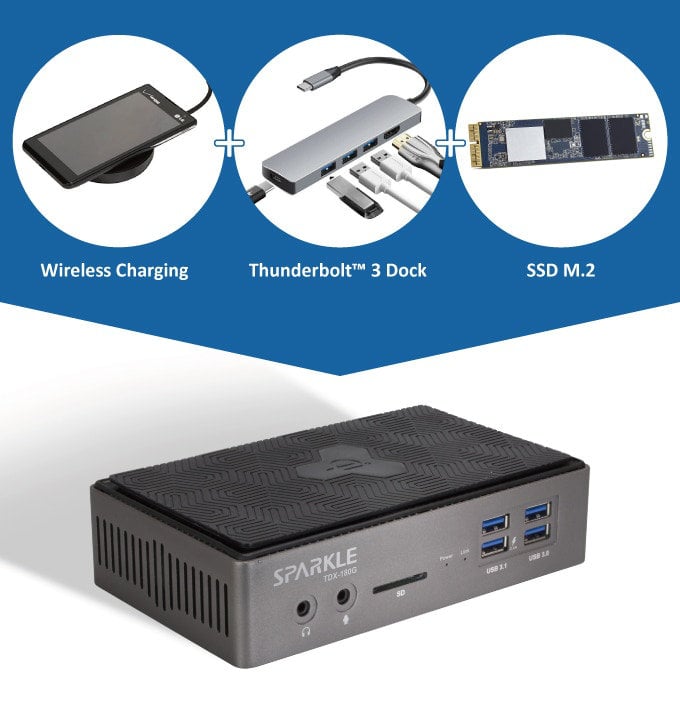 “TDX 180G provides expansion for 12 peripheral devices, including Ethernet, DisplayPort, Thunderbolt 3, USB 3.0 and 3.1, audio and SD card readers. It also supports the Qi, which provides 15W of wireless charging and adopts Intel’s most advanced Thunderbolt 3 transmission technology. It is compatible with multiple transmission protocols, such as Thunderbolt, PCI Express USB, DisplayPort, Power Delivery through the USB-C interface. With technology like this, all your operations will be upgraded and improved.” 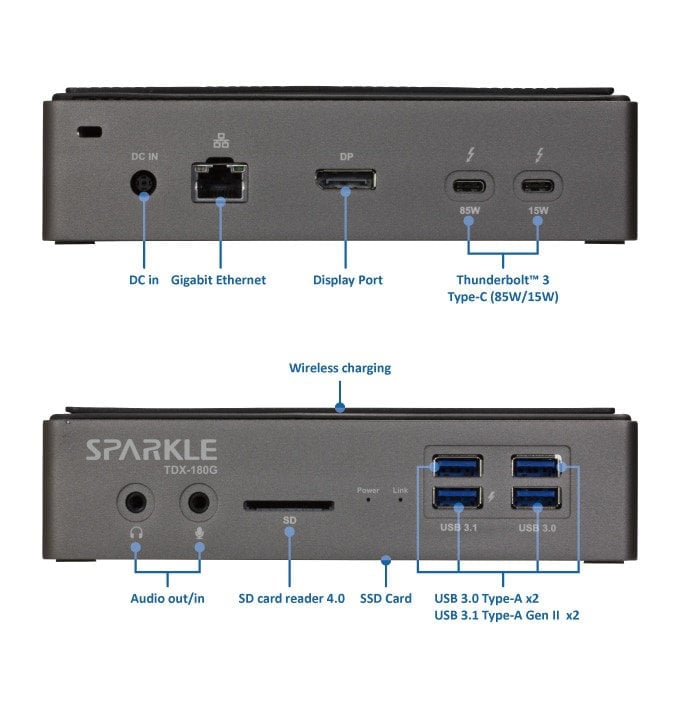 “Thunderbolt 3 (USB-C) can provide 85W power delivery to charge your MacBook Pro (2017 or later) or Window laptop (Intel 7th generation processor with Thundelbolt 3) at the same time, meeting all your connection needs, as well achieving unrestricted connection capabilities.Due to the consideration of portability, the development of laptops is more focused on simplicity and ease of use. As a result, in recent years, most computer operations have been completed wireless. The new MacBook Pro adopts such a concept and uses the multi-purpose Thunderbolt 3 (USB-C) port. For most MacBook Pro users, powerful performance and portability are paramount. However, working in new environments, brings unforeseeable challenges such as there being no Wi-Fi, resulting in you needing an Ethernet cable for internet connection, or having to connect to the NAS for data access.” 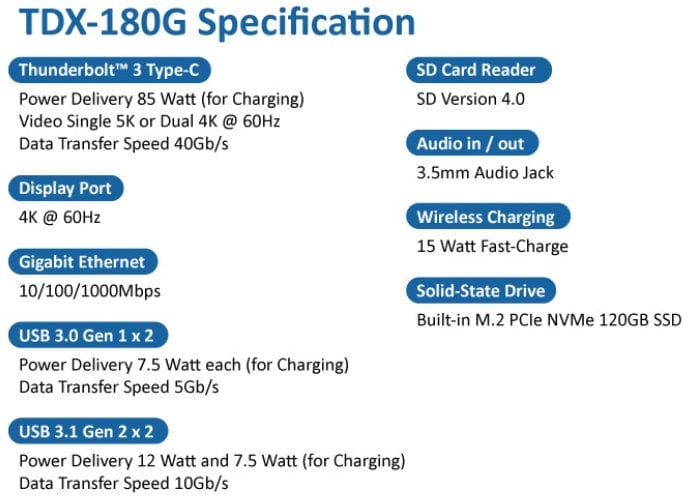