Just bought your new iPad but feel the operating system lets it down a little without flash and multitasking? Well why not load Win 95 and get the power you’ve been looking for?

Joking apart this hack by a Russian Team called KarmaGames has been able to load Windows 95 on to the new iPad with the help of an emulator. Check out the video after the jump. 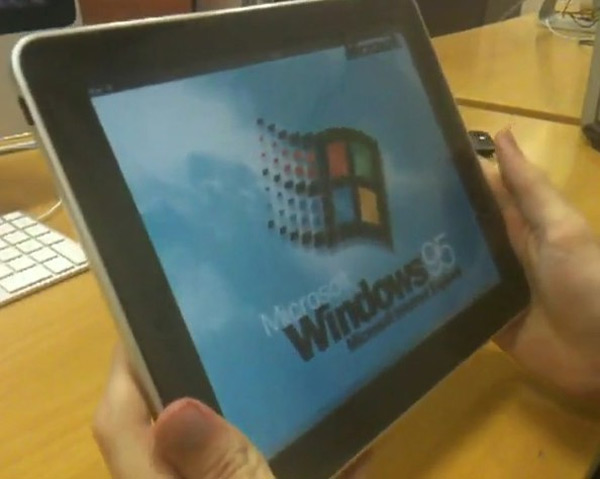 You can even use the iPads keyboard while in Win 95. I wonder how long it will take to squeeze on a Windows 7 version?

The hack has been created by Pavel Egorkin using the Bochs Emulator.