We have already had a good look at some of the new functions as well as the new apps in Microsoft’s Windows 8, and now it would appear that there will be another new feature in Windows 8 when it launches.

The guys over at I Started Something spotted something interesting in Windows 8, as you can see in the photo below there is something called ‘Missed Calls’, which would indicate that Windows 8 tablets could have the ability to make and receive calls. 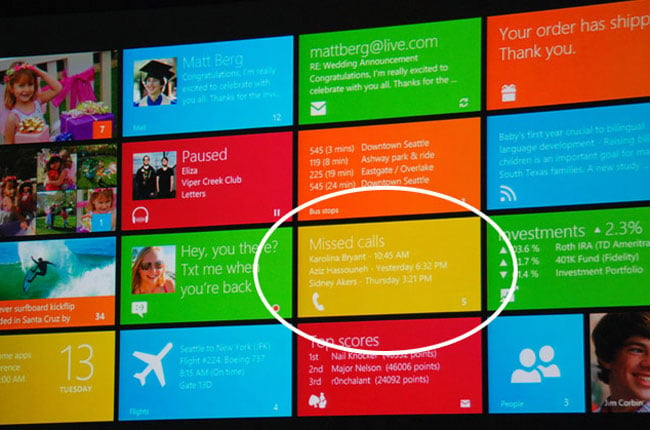 It isn’t clear as yet exactly how the call feature will be build into Windows 8, whether you will be able to make calls over a mobile network, or if it will use some sort of Skype integration, considering Microsoft’s recent purchase of Skype.

Source This is My Next, Gizmodo