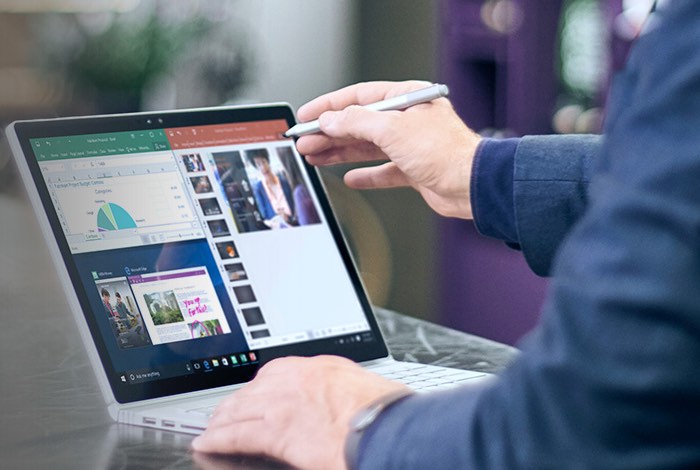 This week Microsoft has revealed more details about the new features you can expect to enjoy when using its latest Windows 10 operating system with the publication of a Windows 10 Roadmap, that provides details on a variety of upcoming enhancements and new support.

The new features which include Passport authentication, file-level encryption, further enhancements to Continuum and more were all revealed in a new Windows 10 roadmap which has been published by Microsoft this week together with new underdevelopment features.

Features that are currently in development for release on the windows 10 operating system in the new future include:

Microsoft explain more bout the features you can expect to enjoy using Windows 10 in the future :

The Windows 10 roadmap provides a snapshot of what we’ve recently made generally available, released into public preview, are still developing and testing, or are no longer developing. Microsoft Passport and Windows Hello together offer convenient multifactor authentication and enterprise-grade security. Microsoft Passport is an easy-to-deploy, two-factor password alternative that unlocks your device and grants access to services using a PIN or Windows Hello, which supports fingerprint, facial, and iris recognition.

In today’s BYOD environment, enterprises can’t assume that devices accessing their networks are malware-free. Windows 10 helps ensure that unhealthy devices can be identified and gated from business resources using a combination of the Windows Device Health Attestation cloud service and mobile device management systems such as Microsoft Intune.* Windows 10 uses the Trusted Platform Module (TPM) 2.0 hardware built into newer PCs to monitor startup processes services and determine if data is trustworthy. With Conditional Access, IT departments can detect and prevent low-level malware, and noncompliant devices can be denied access to specific applications like email and Microsoft SharePoint sites or to the entire corporate network.

Device Guard on Windows 10 puts you in control of your environment—and a step ahead of malware—with rigorous access controls that help protect the Windows system core and prevent untrusted apps and executables from starting. With it, you can lock down devices, granting access only to apps from trusted sources. Device Guard uses hardware-based isolation and virtualization to protect itself and the Windows system core from vulnerability and zero-day exploits. Its Hyper-V Code Integrity Service feature enforces best practices for running drivers and other software at the highest level of privilege.

BitLocker, a leading disk encryption solution, helps protects data when a device is lost or stolen. BitLocker has been significantly enhanced for Windows 10, offering market-leading security and performance features, as well as robust features that make it easier to deploy, administer, and monitor. With Windows 10, the need for a PIN has been eliminated on most device types; the single sign-on experience maintains BitLocker’s strong performance, reliability, and deployment benefits while still meeting security expectations.

Use your Windows 10 phone in amazing and astounding ways, including like a PC.* With a Continuum-compatible wired or wireless accessory, you can connect a monitor, keyboard, and mouse** or you can let your phone screen function as your virtual trackpad and keyboard. Change it to an entertainment, shopping, or browsing center: wirelessly project the web—along with movies, photos, or other supported content on your phone—to any monitor or television. What you see scales smoothly and displays beautifully on the bigger screen.

For a full list of everything you can expect to see arriving on Windows 10 in the coming months jump over to the official Microsoft website for a full list and details of each.