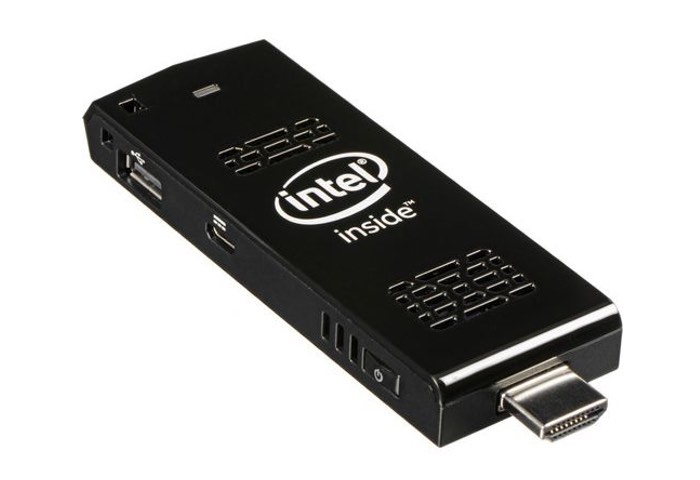 Intel has this week unveiled a new variation of their Intel Compute Stick that was launched earlier this year. Announcing that it is now available preloaded with Microsoft’s latest operating system Windows 10.

At launch the compact stick mini PC was only available with Windows 8.1 but is now available from $140 from the likes of B&H and Newegg.

Saving you the trouble of going through the lengthy upgrade process, yet still benefits from the hardware that was included in the original. To recap the pocket sized Intel Compute Stick computer is powered by an Intel Atom Z3735F Bay Trail quad-core processor supported by 2GB of RAM with 32GB of eMMC storage.

It’s also rumoured that Intel is currently developing new versions of the hardware which will offer users more powerful processors and increased RAM. It’s also been spotted that the older Windows 8.1 versions of the Intel Compute Stick can now be purchased for around $115 if you would like to save some money and upgrade to Windows 10 yourself.