Apple [AAPL] quietly released the latest version of Safari yesterday, Safari 5. It wasn’t announced in Steve Jobs’ keynote speech at the World Wide Developer conference, instead it was announced in a press release. 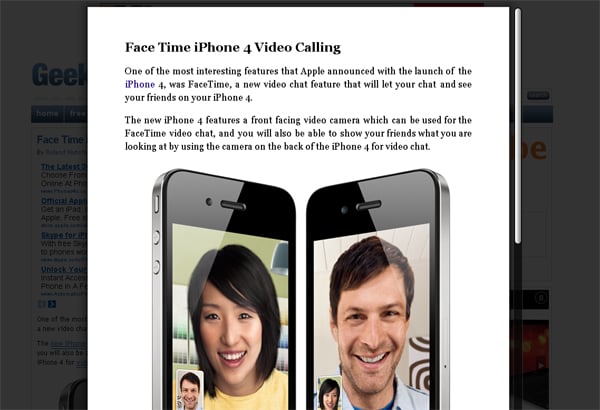 What this could end up doing is hurting online publishers, and reducing their revenue, and whilst this feature in Safari may not have a massive impact on the web, if it was available in other browsers which are much more popular like Firefox it could end up putting small publishers, who rely on ad views out of business.

Is the launch of this Reader feature in Safari, and Apple’s launch of their iAds platform a coincidence? Or does Apple have something else planned for online advertising.

They could be looking to get into online advertising and competing with the likes of Google, and Safari would be the perfect platform for them to do that, do they intend to deliver adverts to website visitors through the reader function on Safari?