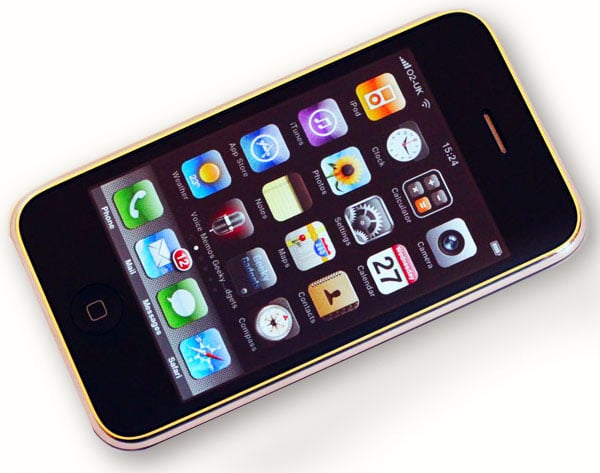 Apple’s iPhone Developer website showed a something interesting yesterday, until it was taken down, as you can see in the photo below, the text ‘Place holder Agreement – Need to update this for the 27th launch’ appeared on the developer website. 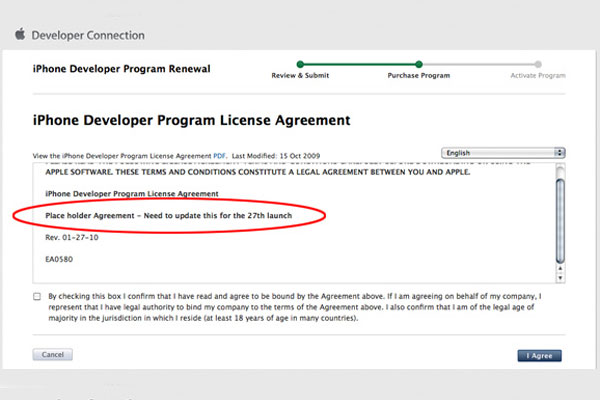 It is not clear as yet which version of the iPhone OS will be revealed later today, although we suspect it is going to be 3.2, which would tie in with the Apple Tablet as there have been reports of that OS showing up in tacking stats with a Tablet like device.

We will keep you guys posted and bring you the details of what Appl unveils at their special event later today.