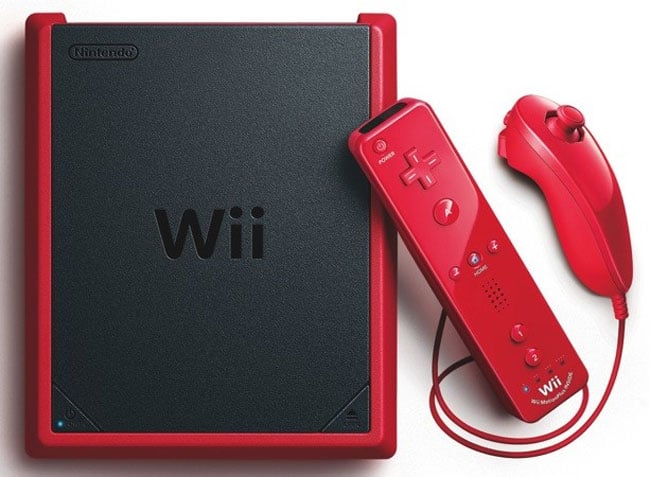 One of the main features to be removed from the smaller Wii Mini is its wireless connectivity, but during their teardown Digital Foundry failed to even get the console online using a Wii USB Ethernet adapter. meaning that Nintendo has “deliberately nerfed any kind of internet access”.

As well as no Internet connection the Wii Mini also doesn’t support an kind of component cables, and only supports composite cables, the red, white and yellow cables you might be familiar with on your SNES console. Eurogamer explains:

“Bundled in the box is everything you need to get going: the traditional Wii staples such as the sensor bar, power supply, AV cable and a rather spiffing, very Christmassy bright red Wiimote Plus (in matching rubber sleeve) with matching Nunchuk. Aside from the instruction manual, that’s your lot, but it’s all you need for the vast majority of the titles out there. Support is included for some additional Wii add-ons including the Balance Board, but beyond that, any semi-serious user is going to annoyed and frustrated by the sheer lack of functions and expandability offered by the new hardware.”

For more images and a full review of the new Nintendo Wii Mini jump over to the Eurogamer website.