It’s a new technological frontier that few people outside a small scientific community have ever read—much less heard—about. But don’t fret, for atomtronics hasn’t even been born yet. A team of physicists in a Maryland lab are about to change this. (Note: the pic below is intentionally grainy.) 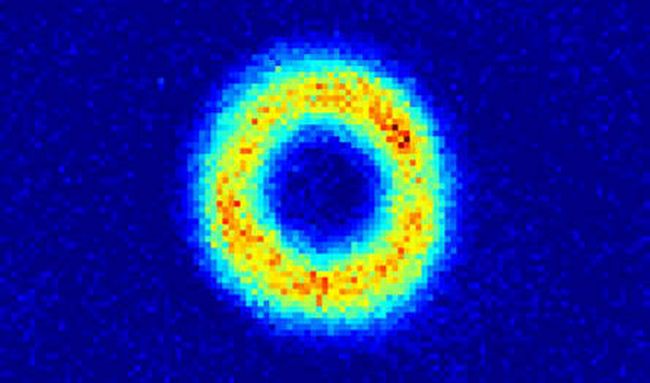 In a process involving sodium atoms and minute laser beams, a team of researchers created a Bose-Einstein condensate suspended by two lasers. The exciting part is when another two lasers were directed at the doughnut, creating an energy flow that lasted for a few seconds.

This minor breakthrough is crucial because it proves that energy can be transferred by manipulating atoms. A physicist in the team explained the experiment’s significance this way: “We’re hoping to use this condensate in much the way that superconductors have been used to make improved devices and sensors.”

The results of the tests in the Joint Quantum Institute are to be discussed on the upcoming issue of Physical Review Letters. Since this isn’t the only breakthrough in the atomtronics field, we should always keep in mind that the next technological revolution is on the horizon. All it needs is time and patience. And persistence. Remember, if atomtronics is applied to our current tech (in other words, becomes mainstream), electronics becomes obsolete.