I had read quite a bit about Apple’s [AAPL] App Store approval process, and how inconsistent it was, but it wasn’t until Geeky Gadgets decided to develop their own iPhone application that we found out exactly how bad the process was.

We spent quite some time working with our developers, to create a simple reader application, that would give Geeky Gadgets readers access to the same features on their iPhone that they do on our website, and then we submitted our application to Apple back on the 4th of November, and waited patiently for our application to be approved. 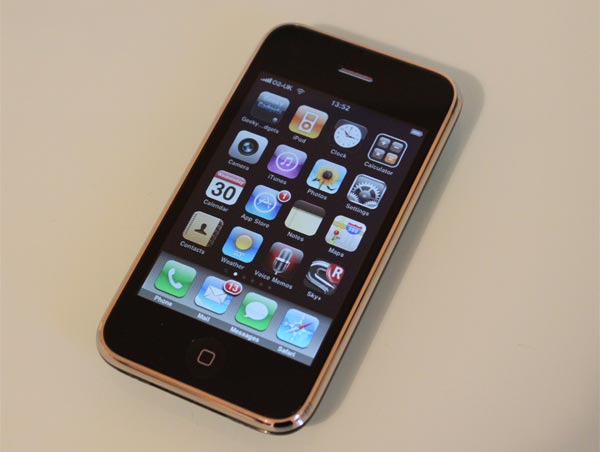 On the 25th of November, our developers got a call from Apple saying that for legal reasons we would have to remove the contest button from the front page of our iPhone App which basically linked to the contest category on Geeky Gadgets.

I wasn’t to happy about it, but I wanted to application approved so I had it modified as Apple had requested and then it was resubmitted to the App Store.

On the 16th of December, our developers got another email from Apple, saying that we now had to remove the contest category, and any keywords from the application as well.

To be honest this was partly my fault, as I should have realised to remove this the first time, although I don’t know why Apple didnt request this to be removed along with the contest button, so we edited the application as Apple had requested and the re-submitted it to the App Store for approval, and once again waited for it to be approved.

We then got an email from Apple on the 21st of December asking us to remove the keyword ‘Apple’ from our application.

Applications that contain terms, product names, brand names, or entities in their search criteria that are registered trademarks not licensed or owned by the submitter cannot be posted to the App Store.  It would be appropriate to remove “Apple”.

I was a little surprised by this as I knew for a fact there were quite a few applications in the App Store that use the keyword ‘Apple’, so I quickly checked on iTunes, which confirmed that there are a couple of other technology sites which use this keyword.

This is where the inconsistency with the app store approval process comes in, how can we be asked to remove a keyword when there are currently other applications in the App Store using the same keyword?

I decided to bite the bullet, and give it one last shot at getting the application approved, so we removed the keyword, and changed the ‘Apple’ category on the site to ‘Apple News’.

I have been checking iTunes every day waiting for the application to be approved, and when I logged in this morning I was happy to see that the Geeky Gadgets iPhone App had been approved, until I saw the screenshots that Apple has used on the App store.

If you look at our iPhone App in iTunes you will see that the screenshots (photo below) that Apple has used are from the first version of the application that they turned down, which shows the contest section that they asked us to remove. 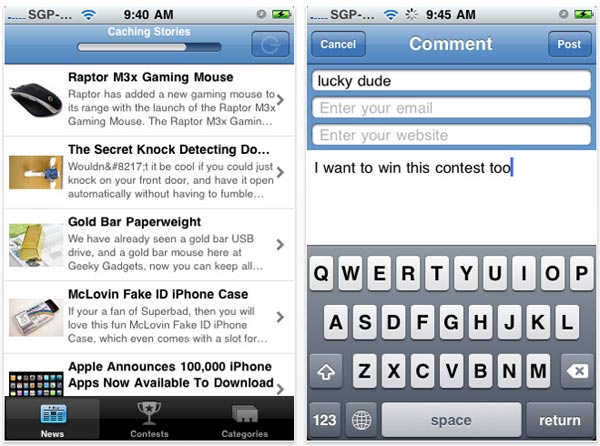 There is so much inconsistency in Apple’s application approval process, how can a simple reader application like the Geeky Gadgets iPhone App take so long to be approved and end up being such a complicated process and then Apple approve a range of applications, like ‘Shake The Baby’ which they later had to remove from iTunes.

They really need to sort this process out or they are going to end up losing developers to other platforms, which make it a lot easier to get an application approved and have more transparent processes.

If you want to download the free Geeky Gadgets iPhone App, you can do so at the link below.