Hemispherical omnidirectional gimbaled wheel. It’s a mind-melting technical term of utter simplicity. Such a gimbaled wheel is what gives the Lego robot pictured below incredible mobility. It was built by Curtis Boirum from Bradley University. There’s an incredible video after the jump, so don’t miss it. 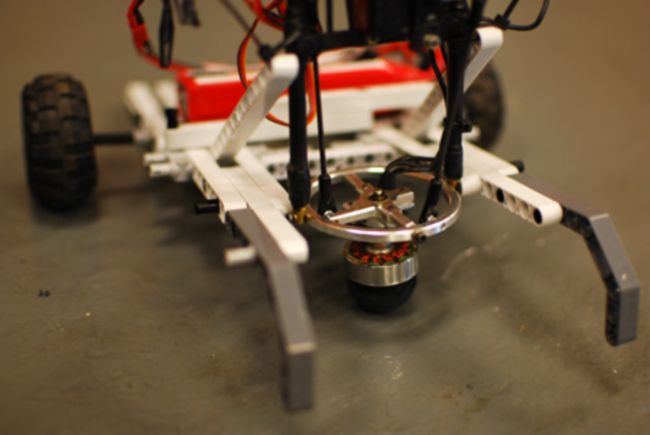 Have a look at the video of it in action below.

Judging by the sheer wizardry and engineering prowess involved, Boirum must possess a beautiful mind. The youth truly are the future. Not the social media-obsessed zombie text addicts who get high with each episode of Glee. The archetype of an average teenager these days is a poor one. The real teenagers are the boys and girls who learn how to code, mess with stuff, and try dangerous things other than smoke or eat lots of cheeseburgers.

Let’s hope the Thomas Edison’s of tomorrow aren’t led astray by pedantic education that merely prepares them for dull jobs in whatever bureaucracies dominate the global economy nowadays. If there were a few million other people like Curtis, toiling in their dorm rooms, garages, and basements, then the future might still be a better place. And an exciting one.