We are expecting the BlackBerry Q10 to launch in the UK shortly, although we do not have an exact launch date for the handset as yet, and we presume that both the white and black versions of the Q10 will be available at launch. 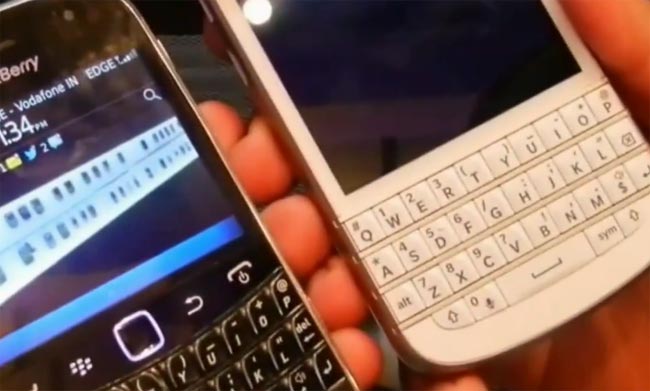 The BlackBerry Q10 comes with BlackBerry’s new mobile OS, BlackBerry 10, and it comes with a 3.1 inch AMOLED display with a resolution of 720 x 720 pixels, plus a QWERTY keyboard.

Processing on the Q10 is provided by a dual core 1.5GHz processor and the handset also features 2GB of RAM and 16GB of built in storage, the device also features front and rear facing cameras.

As soon as we get some more information on exactly when the BlackBerry Q10 will launch in the UK and also some details on pricing we will let you guys know.