Humans really have very little self-control. Apparently people can’t help but lie through their teeth to health professionals. To combat this, researchers have developed a tooth sensor that not only detects if you’re smoking or overeating, but also tells your doctor about it!

Research and development of the tooth sensor is being conducted by The National Taiwan University Team. They tested the device by gluing it into eight dentures and found that the sensor could differentiate between smoking, chewing, speaking and coughing 94% of the time.

Despite the promising results, the device still has a ways to go before it’s ready to be put to use. 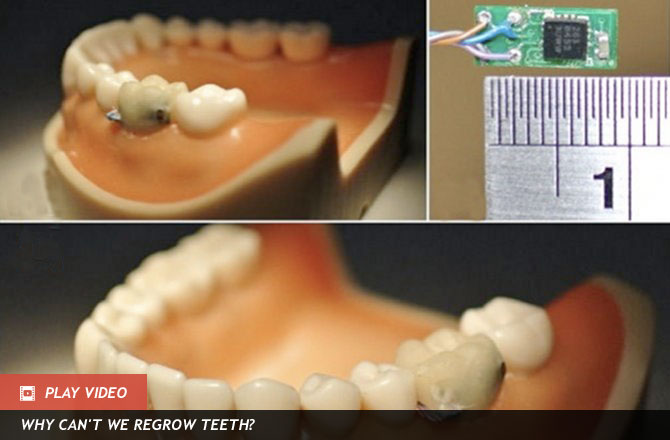 The biggest problem it has is that it can’t distinguish food from gum or other things people may chew on habitually. However, the research team wants to do a lot more to better the device. It wants to make the already tiny sensor even smaller so it can fit inside cavities or crowns, and it wants to create an onboard power source and Bluetooth connectivity device that is mouth-safe.

I don’t know if I like the idea of having my teeth tell on me. They’d have way too much to say. What do you think?