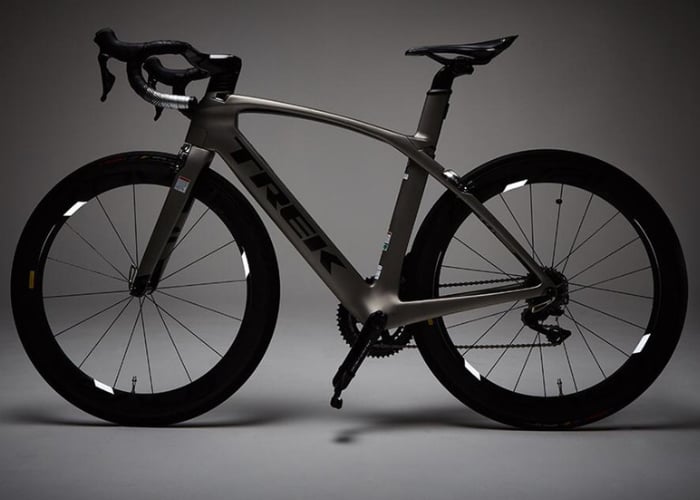 Cyclists wanting to stay safe at night and alert both pedestrians and vehicles of their presence in lowlight conditions may be interested in the new Wheel Flash high visibility bike reflectors. Built using Glass Powder technology the bike reflectors are capable of providing 360° visibility and instant illumination to your bike.

The design team responsible for Wheel Flash, TEMPO explain more about the inspiration behind the reflective technology and its application. “Riding at dusk or after dark is almost unavoidable, whether you’re commuting on short winter days or riding into the spring or summer dusk. Adding our WHEEL FLASH reflective stickers will help drivers pick you out from the urban visual chaos. It takes drivers 1,25 to 2 seconds to react to an object: A car going 30mph (48 kph) will travel at least 55 feet (16 mts) in those two seconds. “ Watch the promotional video below to learn more about the reflective bicycle stickers.

“Let your presence be felt on the street as you ride through your bike with its added shine of design WHEEL FLASH combines outstanding aerodynamics with cutting-edge reflection, while being practically weightless and minimalist.”

Wheel Flash has launched via Kickstarter this week and early bird pledges are available from €15 for eight reflective stickers, with worldwide shipping expected to commence next month during March 2019.