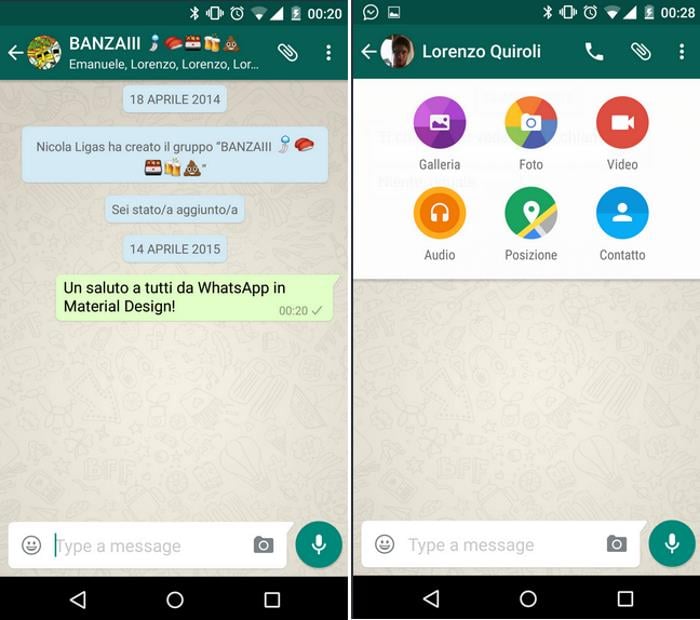 With the Android 5.0 Lollipop update, Google introduced the all-new Material Design which features better visuals and a simplistic interface. After the update made its way to several handsets, many developers gave their apps the new look to go with the new operating system.

The latest one to join the list is WhatsApp. The company has released an update for WhatsApp for Android which features the new Material Design.

The update bumps the software version to 2.12.34, but it’s not available in the Google Play Store at the moment. So, if you want to get hold of the latest update, you have to download the APK from the app’s official website and install it on your device. But, we’re hopeful the update will make its way to the Google Play Store as well in the coming days.

The official change log is not yet available, but other than the new design, the app gets voice calling feature which was introduced a few days back. Furthermore, reports suggest that Facebook is testing some sort of integration between WhatsApp and Facebook apps to offer users an easier way to share stuff from the social media app with their WhatsApp friends.

Anyone tried the new WhatsApp? What are your thoughts about the new interface?