They teach us dying sucks, especially when you’re a planet orbiting a red giant that will soon go kaput, ergo sucking everything in its path. Yeah, the end sucks. Ha. 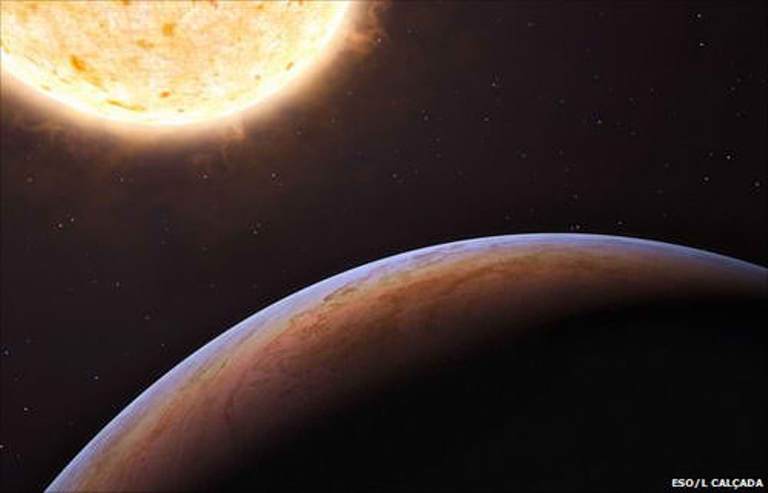 Ladies and gentlemen, meet HIP 13044 b. Type: Gas giant a little larger than our own planetary colossus Jupiter. Status: orbiting into oblivion. Why is it interesting? Scientists are studying it to gain insight into how our own solar system will meet its maker.

Another crucial bit of insight is the melodramatic backstory behind this unraveling interstellar drama. The endangered gas giant is believed to be part of a dwarf galaxy gobbled by the Milky Way aeons ago. Now it’s going through its death throes, slowly hurtling toward a star whose hydrogen has run out.

The current fixation on HIP 13044 b  is part of a greater narrative involving a search for life out there. Currently being observed from frigid observatories in Chile located thousands of feet high up in the Andes, HIP 13044 b’s demise should be a universal lesson in mortality. Everything is finite, all is impermanence.