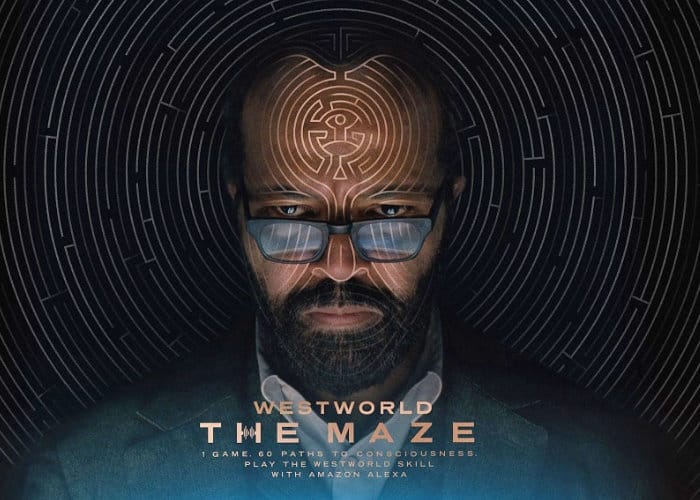 Westworld fans also equipped with Amazon Alexa devices may be interested know that HBO has released a new Westworld Maze adventure game ahead of this season’s finale. Check out the teaser trailer below to learn more about The Maze which is a full-scale Alexa voice skill.

To get started, tell your device, “Alexa, open Westworld” After which you will take on the role of a unamed Westworld host throughout three levels with more than 60 storylines and 400 unique game choices. You will need to ask the right questions and answer riddles to make your way through the maze, only the most knowledgeable Westworld fans will be able to make their way to the centre of the maze.

Westworld is a dark odyssey about the dawn of artificial consciousness and the evolution of sin. Set at the intersection of the near future and the reimagined past, it explores a world in which every human appetite, no matter how noble or depraved, can be indulged.”