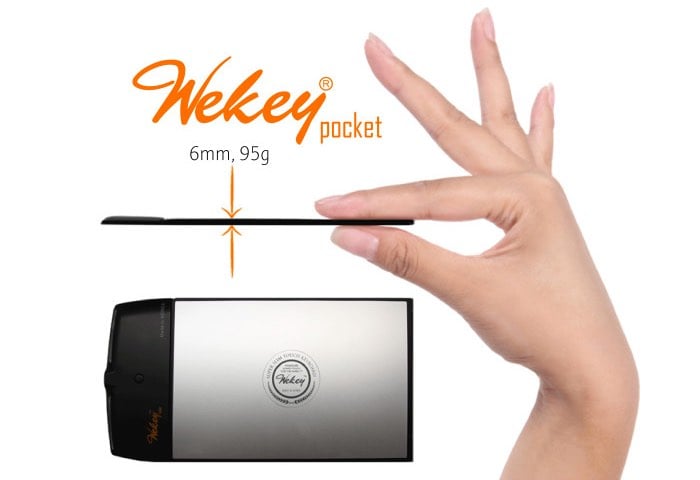 If you prefer to type on a physical keyboard and are looking for a folding pocket Bluetooth keyboard you might be interested in the Wekey Pocket which has been launched over Indiegogo crowdfunding website and is being promoted as the world’s thinnest and lightest keyboard available.

The Wekey Pocket measures just 6 mm in thickness and weighs just 95 g and can be folded in half to provide a small thin pocket Bluetooth keyboard that can be unfolded when you need to do those longer documents or emails on your smartphone or tablet. 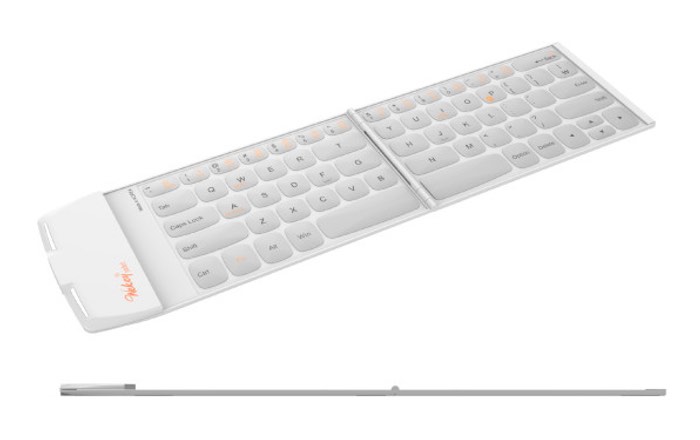 The folding pocket Bluetooth keyboard has launched on Indiegogo with pledges for early bird backers starting from just $58 plus shipping. Watch the video below to learn more about his design and construction.

Wekey Pocket is the thinnest and lightest foldable keyboard in the world. While existing foldable keyboards are over .39 in. thick when folded, Wekey Pocket has a thickness of under .24 in. That is slim enough to carry around in your pocket.Typing is intuitive with a key layout designed to nearly mirror the standard PC keyboard. Compatible with tablet or smartphone, meet the gold standard for portability in the keyboard world: Wekey Pocket!

How is Wekey Pocket so darn thin?? Well it’s because Wekey Pocket is the ONLY keyboard to feature a wearable PCB (printed circuit board)! This circuit board that is bendable, foldable & squishable makes Wekey Pocket the slimmest keyboard in the world. Extremely Portable: With its foldable design, Wekey Pocket is incredibly compact when folded measuring around 6 inches. However, when opened it is over 12 inches making it over 80% the length of a standard keyboard allowing for ample key space. With a thickness of under .24 inches and a weight of 3.5 oz., Wekey Pocket is meant to be carried around whether it be in your pocket, bag or purse.

For more information on the new Wekey Pocket jump over to the Indiegogo website for details following the link below.