There have been serious attempts in the past to create robots that can fully function as humans. But until now, the robots in existence have made with limited functions or minimal movements rather. 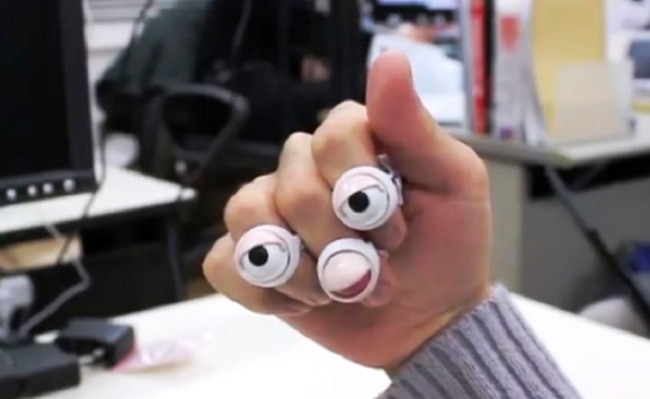 Recently, a new sort of robot is being developed at Keio University. It is the small type, ring-like to be exact and it is definitely wearable. The robotic ring has the ability to copy eye and even mouth movements.

The research group developing the robotic rings says that as you wear the robots on your fingers, they become then communication tools that could enhance the movement of a person’s hands. It functions through the electromagnetic motors in the eyes and it can be controlled electrically. There is a micro controller and a battery at the bottom part of these robots that can power through a PC.

The development of this robot can however, be considered as a breakthrough and distinct, since the robots are attached to human body. The primary purpose of the machine according to its inventors is to become a communication device that is equally entertaining.

They compared it to an accessory which a person can wear with ease and make fun with it at the same time. The researchers would also like to further invent a robot that would incorporate to children’s way of communicating using their bare hands.