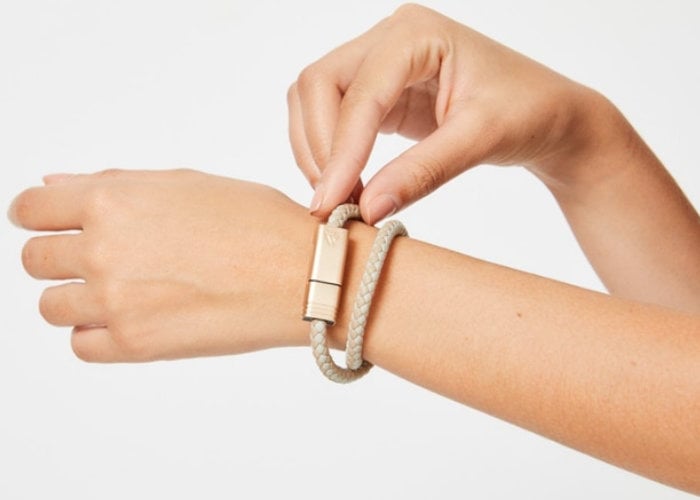 “The NILS 2.0 is the second generation of the popular NILS Wearable Charging Cable Bracelet. Completely redesigned, enhanced, and with added features, the NILS 2.0 is the charging cable of tomorrow, available for mobile users around the world today. Everyone knows the feeling when you’ve got a dead device and a broken charger cable – it’s either split open at the seams, has a broken USB head, is constantly tangled together, or it was dropped in a puddle and won’t charge your device – it’s dreadful! We understand that SIZE MATTERS. Half inch already matters a lot. Thus we offer 4 sizes for each model, Solo & Duo, from XS to XL, from wrist size of 5 7/8″ to 8 3/4″.“

Watch the demonstration video below to learn more about the construction and features of the wearable charging cable which is now available via the official Kickstarter project page with worldwide delivery expected to take place during November 2019.