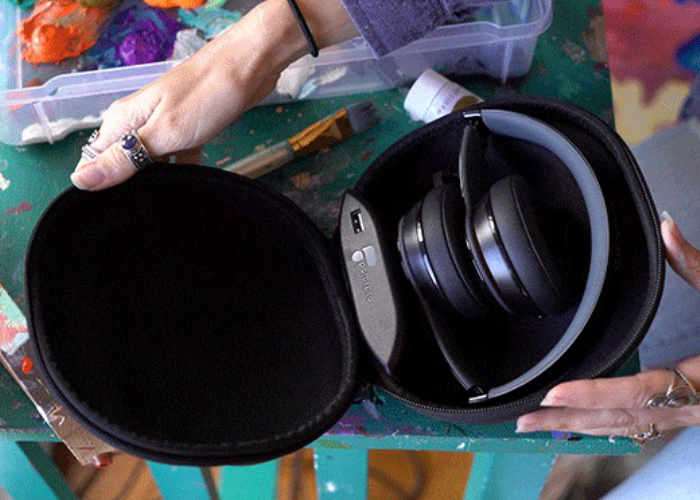 If you are looking for a protective case which is also capable of charging your Beats Wireless headphones you might be interested in new headphone charging case called the WAVe which has been created by Polar Pro.

The rugged wireless headphone case not only protects your expensive audio gear but is equipped with an integrated rechargeable battery that can charge your wireless headphones whilst on the move and not in use.

Two different versions of the WAVe headphone charging case are available either in a contoured which fits the Beats Solo, Beats Solo 2, Beats Solo 3 and Beats Studio Wireless headphones or a universal which will fit many other makes of headphones with ease.

The WAVe headphone charging case is now available to back with pledges starting from just $29 for super earlybird backers with worldwide shipping expected to take place during May 2017.