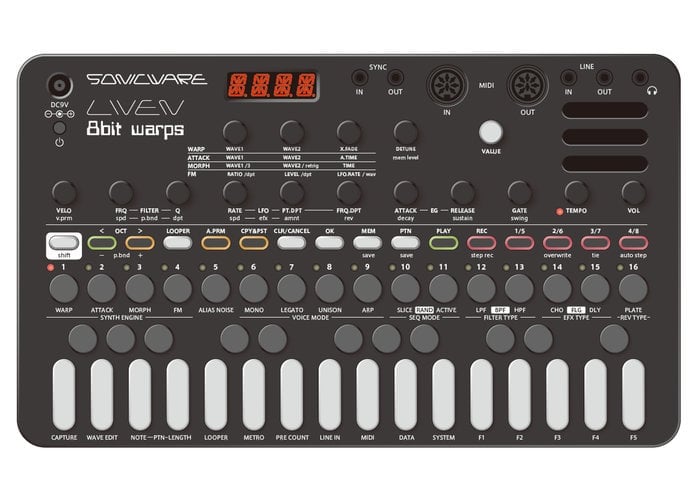 The development team at SonicWave based in Tokyo Japan have created a new 8bit wave memory synthesizer aptly named the LIVEN 8bit warps which is equipped with four synth engines including 8bit FM. As well as step sequencer, filter, effects and Looper to name just a few of its features. Watch the Kickstarter video below to learn more about the LIVEN 8bit warps wave memory synthesiser which is now available to back via Kickstarter at a 10% discount.

“Carefully selected preset waveforms and editable user waveforms along with high-quality filters and effects can be used freely to create a wide spectrum of sounds. The LIVEN 8bit warps can generate classic retro game sounds of course, but its unique 8-bit sound can also be used in a range of music genres, including EDM, hip-hop, techno and rock.” 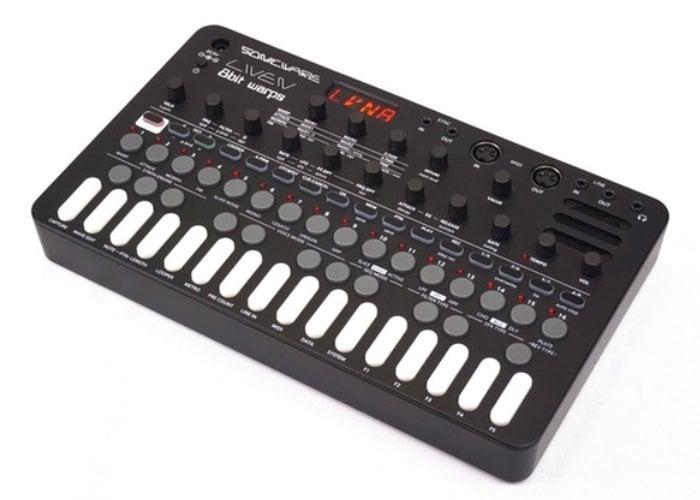 “Powerful functions for live electronic music performance include 16 physical control knobs, parameter locking for each sequencer step, a looper, and SYNC IN/OUT and MIDI IN/OUT connectors to make synchronized performance with other equipment easy. All these powerful functions are in a device that weighs only 790 g. Play it anywhere at any time.”