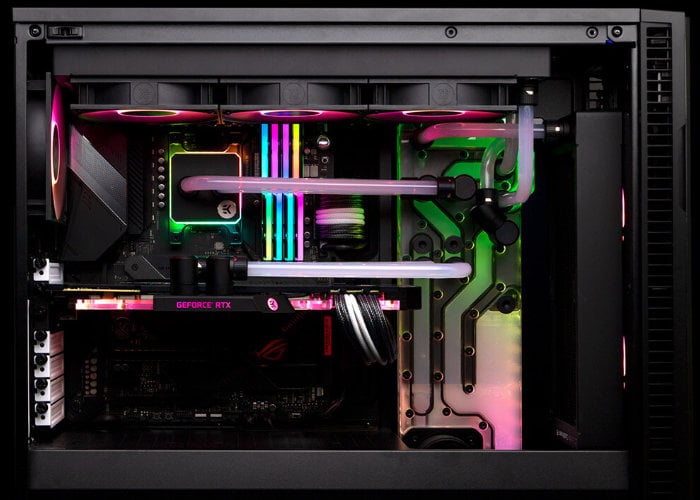 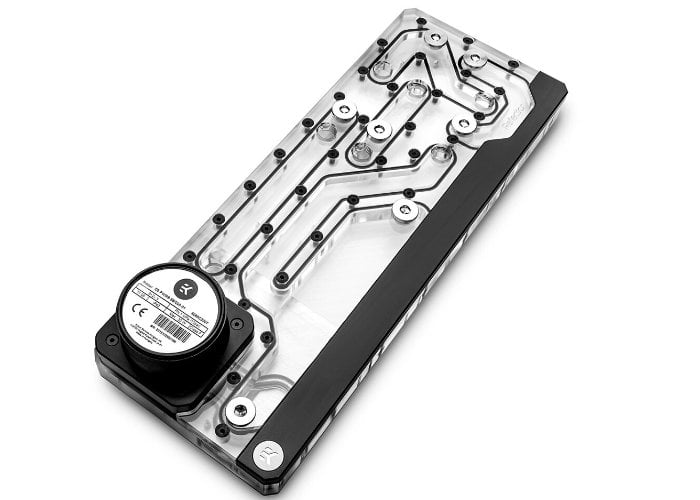 “This distro plate is specifically designed to provide an advanced water cooling solution with a market-leading D5 pump for users who are building custom loop liquid cooling in Fractal Design cases. It is designed to simplify the process for beginner PC builders who are entering the hard tubing custom loop liquid cooling world, as well as to bring the slim-lined EK Quantum aesthetics to an already elegant case.

The EK-Quantum Reflection Fractal ATX D5 PWM D-RGB offers an all in one solution that includes a D5 pump, reservoir, simple mounting mechanism, and multiple industry standard G1/4″ threaded inlet and outlets. The placement of these inlets and outlets is perfectly aligned to match other EK cooling components to minimize the number of bends the user has to make when creating the loop. The distro plate can support up to one CPU water block, two GPU blocks, and two radiators.”