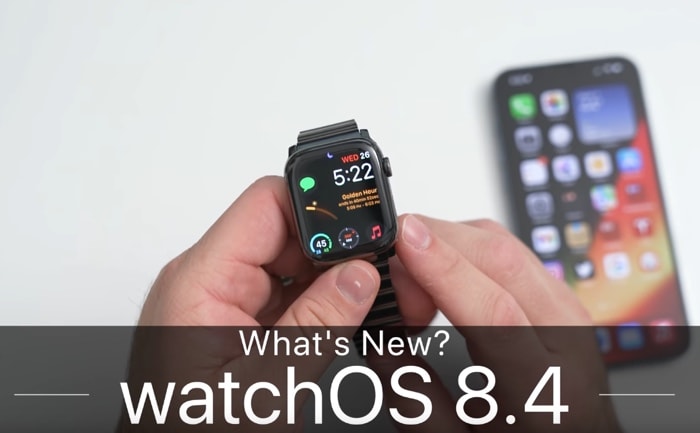 We previously saw a video of the new watchOS 8.4 software in action and now we have another one, this one is from Zolotech and it gives us another look at the software. We get to see what changes are included in the latest version of Apple’s watchOS.

This update fixes a bug related to the charging of the Apple Watch, there was an issue where some third-party chargers would not charge the device. This has now been fixed in this release and your charger should start working as normal again.

It also looks like the ECG feature has been enabled in Indonesia, although Apple has not officially announced this as yet. There is also a new watch face for the Apple Watch, the update is now available to download and you can install it from the Apple Watch app on your iPhone.