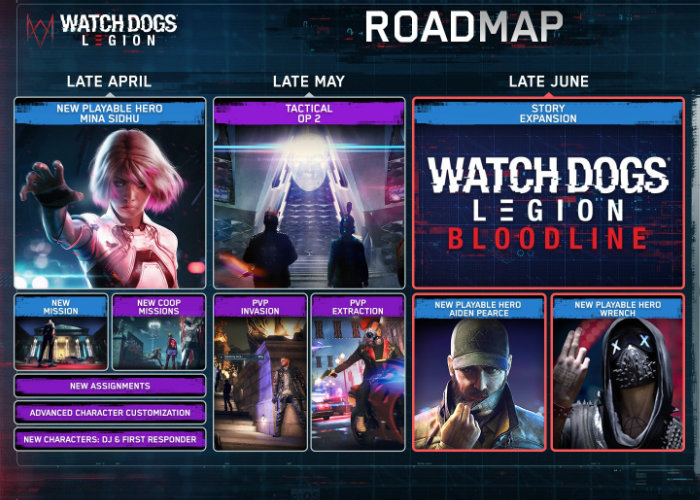 If you haven’t yet experienced the 2020 action adventure game published by Ubisoft and developed by its Toronto studio in the form of Watch Dogs Legion. You may be interested to know that the game is free to play this weekend six months after it originally launched. The news was announced via a tweet revealing more about what’s coming to Watch Dogs Legion in the coming months. The Watch Dogs Legion free trial play weekend will start tomorrow on Thursday, March 25th at 4 PM UTC, 12 PM EDT, 9 AM PDT, 5 PM CET for all supported platforms and will run until Monday, March 29th at 2 PM UTC, 10 AM EDT, 7 AM PDT, 3 PM CET. Ubisoft explains more about the free play weekend and supported platforms.

“This weekend, from March 25 to 29, you can enjoy a Free Trial of Watch Dogs: Legion single-player campaign and Online Mode. Players on PlayStation 4, PlayStation 5, Xbox One, Xbox Series X|S, Epic Games Store and Ubisoft Connect can check out all the open-world activities, such as playing darts at the local pub and participating in bareknuckle fights, as well as explore four of the eight boroughs including the City of London and Lambeth. Additionally, you will be able to discover the game’s storyline up to the Skye Larsen mission.

“In Watch Dogs: Legion, near future London is facing its downfall…unless you do something about it. Build a resistance, fight back, and give the city back to the people. It’s time to rise up.”