This fun Wall-E email alerter is made from papercraft, plus a few other parts, and when an email is received Mail-E moves about to let you know you have received a new email, check out the video of him in action below. 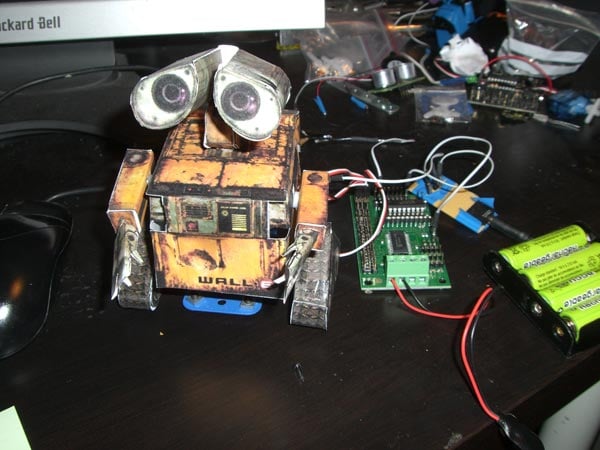 The robot is actuated by three 9g mini-servos, and controlled by a SD21 servo driver and a picaxe 18x… i know, it’s a bit like killing a mouse with a rocket launcher, it’s just that i want to get used to the board before building my next robot, but i have to order a bunch of 08M for that kind of experimentation, as soon as i get them i’ll do the brain transplantation.”

Very cool, I would love to have one of these on my.